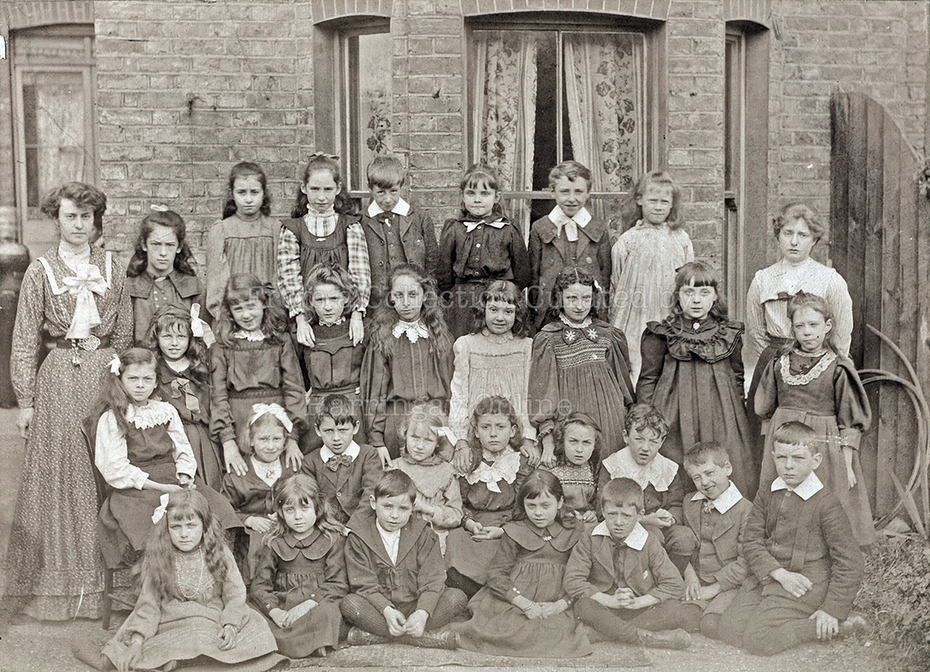 With thanks to HoL member Geraldine who alerted me to this school and to both her and Trisha for helping me find the photos. Geraldine remembers the school being "in the house right before the alleys, on the left-hand side looking up towards Wightman Road". However, looking at the three photos, at least two of them seem to have been taken behind different houses. The view in the third is completely different and it may or may not be in on of the same gardens as one of the other two schools. I wonder if the school may have moved premises at some point.

The school was evidently still going in the 1940s since Geraldine attended it at that time.

Records show that the school was affiliated to or run by St Paul's Church in Harringay.

Geraldine writes that it was also known as 'Miss Wainwright's School.'

Amazing! My brother Harold Webb went to Alpha House before the 2nd World war as did my Mum's adopted brother Freddy Irving.

I rang my brother this evening and he said the classroom was in the front room with teacher's desk across the fireplace with one desk in the alcove to the right of the fireplace which was his (he didn't know why) and the other desks spread across the rest of the room. Seniors were upstairs.

During the war we went to the "National restaurant?" which was situated in Hornsey County School that my brother and I went to after the war.

The amazing thing was that my Uncle Dick Barber and Aunt Winnie Barber eventually bought Alpha House and I used to go and see them (from living in Allison Road) and was always told that my brother and uncle went there when it was a school. Also my Aunt and Uncle adopted a son while living there named Richard Barber.

How I wish this had all been available in those days and then there would have been meetings with friends that went on for hours.

Can anyone else add to these memories? It would be wonderful to hear.

Thanks for sharing that Eileen. Can you confirm which number it was?

There is a reference to the will of "Ada Constance HERBERT of Alpha House School 84 Seymour-road Harringay London N4" here - Annie Mildred Wainwright is mentioned in connection with  probate:

Well sleuthed. Thanks for that confirmation. So, it looks like this first photo was taken at 84 Seymour. Number 2 probably wasn't. Number 3 is anyone's guess.