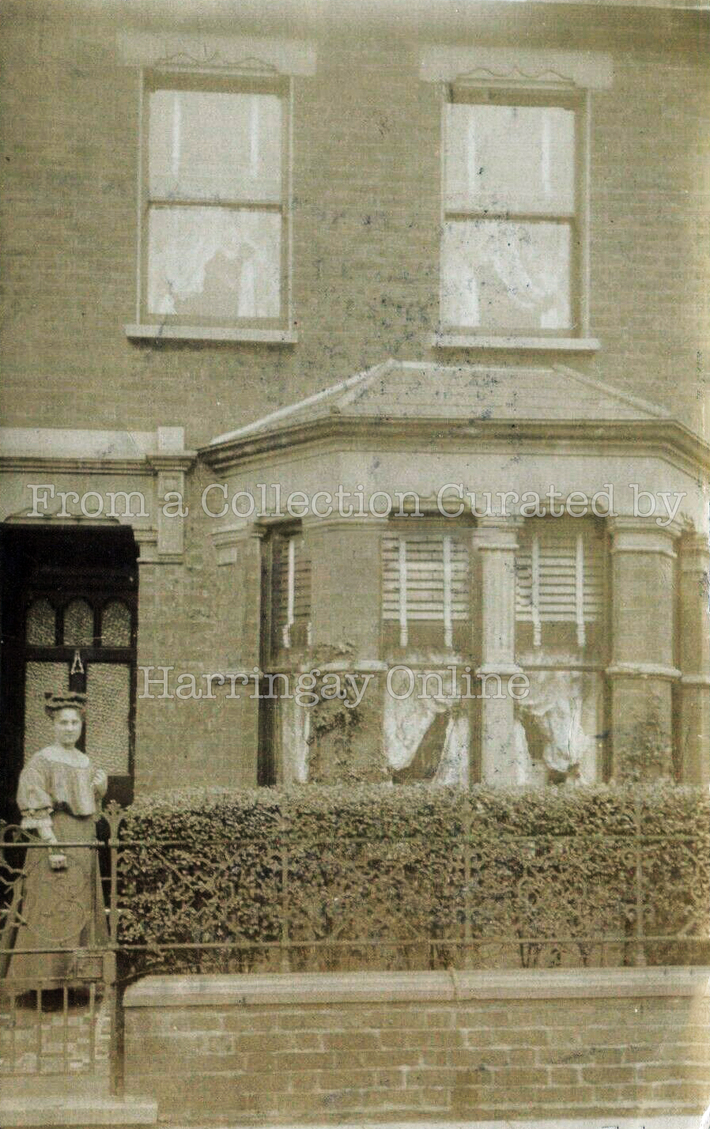 In the message on the fip-side of the card, the author says she is writing "for annee". She has signed off "your loving aunt and Uncle William" and tells us that the "young  lady at the door is living upstairs".

I wondered if it was possible to find out more about any of these people.

According to the register of electors, the primary male resident of 8 Rowley Road between 1906 and 1908 (and probably before) was ‘railway parcels vanman’, John Amos Bredan. (Women weren’t on the register at this point).

The 1911 census shows that Bredan was still in occupation. A separate household is recorded at the address for two sisters. It seems to have been normal practice for the downstairs household to have been placed in the census record before the upstairs one. So I have assumed that the sisters were living upstairs.

Both sisters were employed in the clothing trade. Amelia, the eldest of the two was a collar machinist at a collar manufactory, a job apparently not without its dangers. 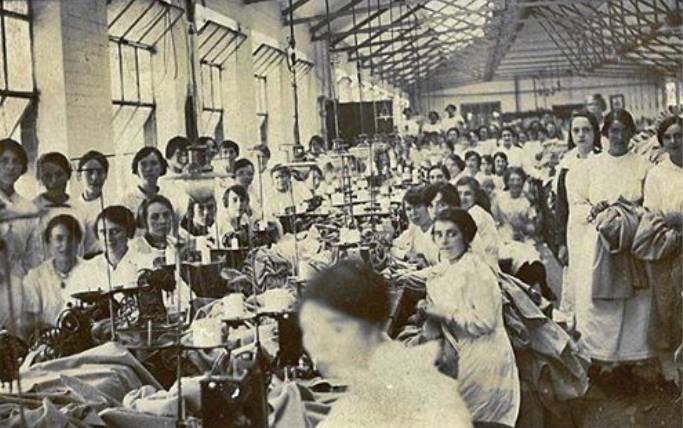 Women employed at the City Collar Works (Luvisca), Exeter. Before WWI, it employed between 400 and 500 women and girls. Apparently they went on strike in September 1918 over low pay.

The names in the records don't seem to match those given on the message on the flip-side of the card and I'm not sure if a 45 year old lady (the younger of the sisters) would have been referred to as 'young'.

So it seems unlikely that the records help us to identify either the author or the young lady in the picture. But, who knows, perhaps the 'annee' mentioned is Amos Bredan's wife, Elizabeth Anne. Or, perhaps the author was staying at the house for a while or even owned it and was renting it to Amos and family (though there is no evidence of the in the ownership electors section of the register of electors).

Do me a favour Hugh and dig out the letter referred to !   Would love to know what info that held.             The card does refer to the young lady "living upstairs" so it seems your assumption is fair.    What a most horrific death that young woman met.

I would if I had it. In its absence, happy to take someone's best effort at imagining what it might have said.

Your research is always fascinating and inspiring to read, Hugh. Thanks!