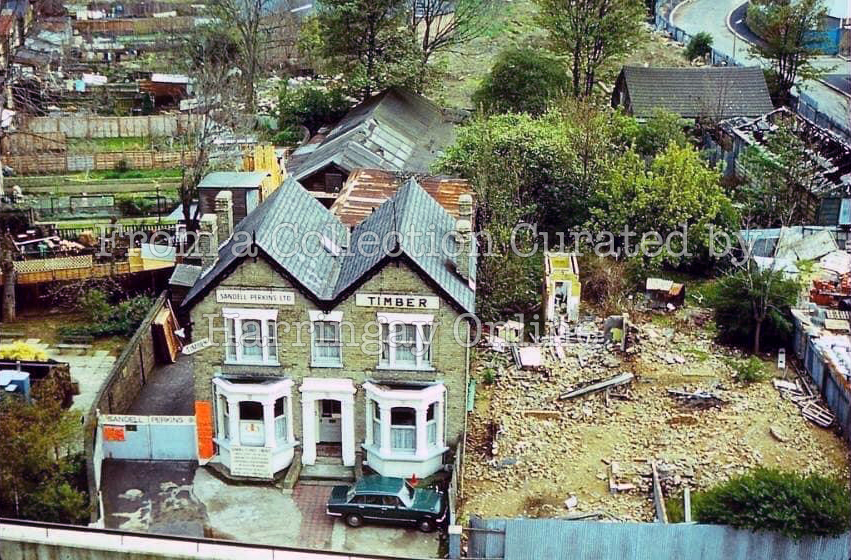 Where 51 Mayes Road stood, there is now a late 20th century block. At ground floor level is The Souka's Supermarket, almost opposite the back of The Mall, next to Iceland. This photo shows it as a timber yard run by Sandell Perkins who occupied the premises from about 1972, until the building was demolished some years later. You can see from the photo that the pair of semis next door and the terrace of small houses on Brook Road (top right) had been demolished, recently by the look of it. On the left are the gardens of the houses on Hornsey Park Road.

51 Mayes Road was built in the later nineteenth century and was given the name Waverley House. When it was first built, the Moselle Brook used to run behind the gardens in Hornsey Park Road and along the southern boundary of Waverley House. The fence boundary bends slightly in as it reaches the pavement because, originally it followed the curve of the brook.

The occupant from 1894 until his death in 1929, was Nathaniel Leader Hanwell. in 1901, he lived there with his wife Eliza, his two teenage daughters Eleanor and Elsie, their five-year old Hilda and a lodger Edith Bately. The family had moved up from Fonthill Road.

Nathaniel's father was a master builder and Nathaniel had started off in the building trades working as a joiner. Later records show him at the Mayes Road address as both a builder and as a travelling salesman for a brewery, depening on which record you choose. Old Ordnance Survey maps show number 51 as the biggest house on Mayes Road, which seems par for the course for him having been a builder. However, evidently, the picture is more complicated than that.

The only mention I can find of him in the contemporary press is in relation to a theft from his chicken house at the bottom of the garden. 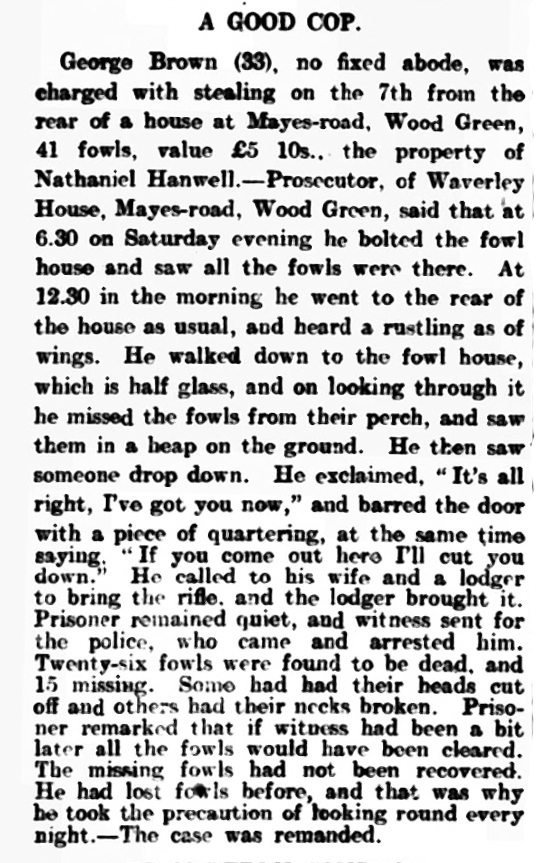 Soon after Nathaniel died, the property was taken over by Wood & Co, timber merchants. They stayed in the premises until 1972, when they sold to Sandell Perkins. By the 1950s, the firm had opened several branches, including one at 44 Topsfield Parade, Crouch End, on the corner of Elder Avenue, opposite the Queen's Head. By 1999, Sandel Perkins had moved out and planning permission was given for the current building.