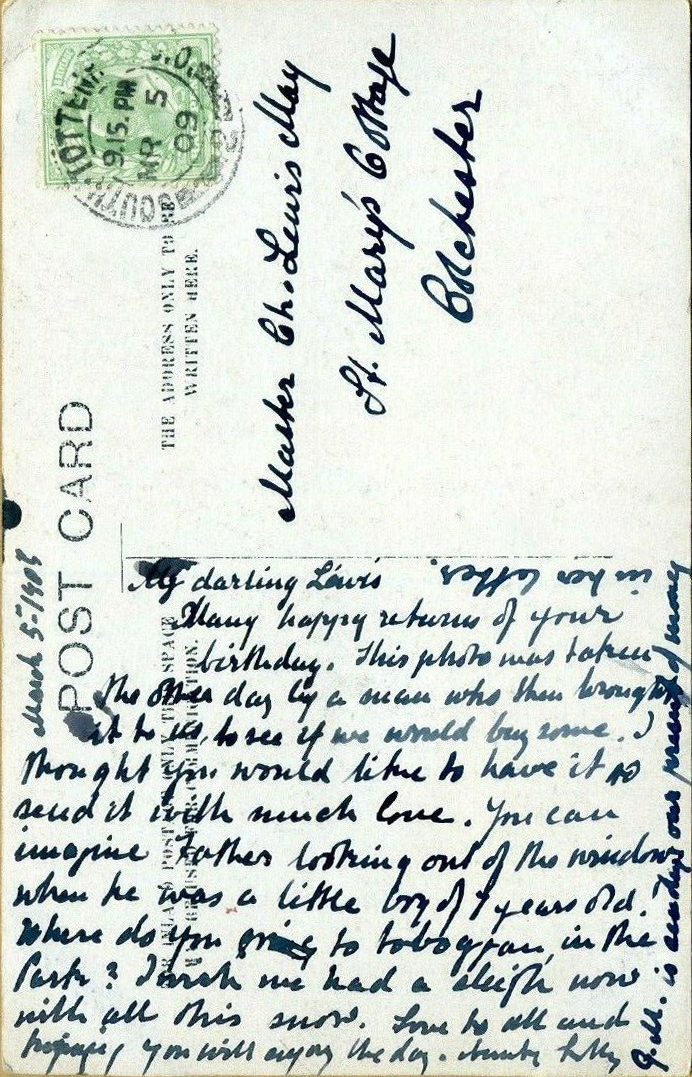 399 High Road, Tottenham is one of a pair of houses, built in the mid eighteenth century.

Between at least as early as 1851 and until as late as 1914, the house was occupied by a doctor called Edward Hooper May.

I'm wondering if the addressee, Charles (see below), was his great nephew.

Edward's father, Edward Curtis May, was a quaker surgeon who also lived in the house from at least as early as 1851. He was resident in Tottenham from the mid 1820s. So it is possible that his residence at this house dates from that time and that they were already at the house when Edward was born in 1832.

The photo below is recorded as being Edward Curtis and his family in the garden at Tottenham. 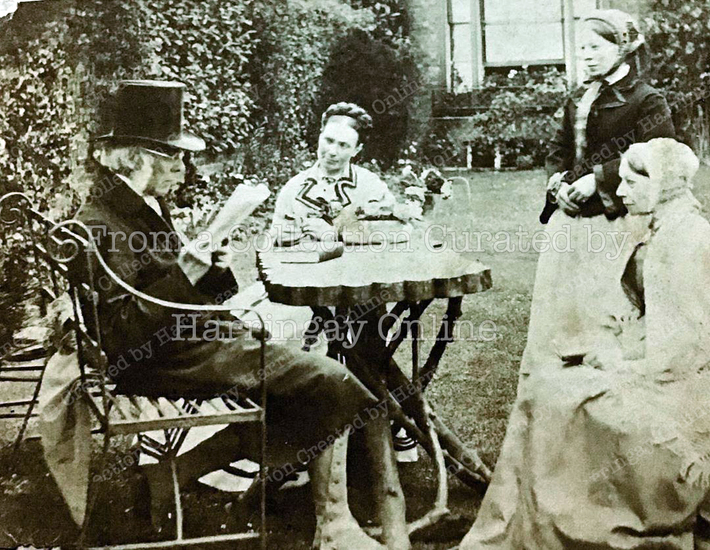 Another early photo of Edward Curtis May, this one from 1850! 399 & 401 were bought by the British Legion after the First World War as a place for returned soldiers to meet in.

In more recent times, they seem to have been under threat of sale for many decades.

Read some of the recent history here.

PS I acquired this photo for donation to Bruce Castle Museum.

What a grand old house.   Interesting resource of post card too !