Harringay, St Ann's & Seven Sisters each have their own a Safer Neighbourhoods Policing Team (SNT). So what does that mean?

Go to Metropolitan Police - Safer Neighbourhoods, Home Page to find out about the scheme in general.

Details on the web at met.police.uk/Team/Haringey/Harringay

Details on the web at met.police.uk/Team/Haringey/StAnns

Details on the web at met.police.uk/Team/Haringey/SevenSisters

Go to the Piccadilly Line North Neighbourhood Policing Team page for information about the work being done by the BTP in Harringay.

The Team can be contacted at:

You can also email the team at: piccadillylinenorth.npt@btp.pnn.police.uk

The Safer Transport Team team is a partnership between the Metropolitan Police Service and Transport for London. It's purpose is to make people feel safer and more secure whilst on the public transport system. The team's work compliments the work of the British Transport Police, covering buses and transport hubs.

Go to the Haringey Safer Transport Team for NE London site for more information on their work.

If you have any concerns about crime or anti-social behaviour on the transport network in Haringey, contact the team at:

You can also email the team at: STT.Haringey@met.police.uk

The Policing Pledge is a 'deal' between the police and the public they serve. The Pledge sets out what the public can expect in terms of fairness, access to services, local policing, response to calls, support and information for victims and dealing with dissatisfaction.

a. Get the official crime stats for your ward. You can also click through to sub-ward areas too.

b. Prefer your data mapped? Get a mapped snapshot of Harringay's reported crime, by ward or sub ward (almost down to street level). You can also choose which categories of crime are displayed. 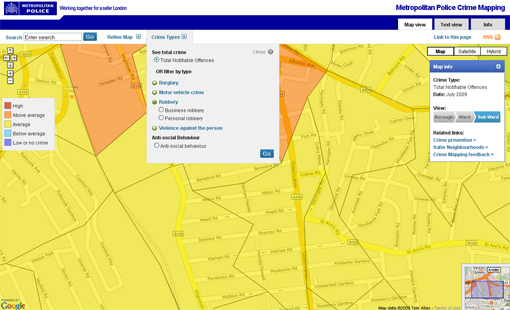 Knock Knock, website on how to combat doorstep crime