How Harringay Online Got Started

Harringay Online was started at the end of July 2007 by Hugh.

The motivation for starting the site was to provide a forum for connecting Harringay people so that we can share information about what's going on and stand a better chance of shaping the Harringay we the residents choose.

It also aims at being a forum for people to get to know each other better and to collaborate on anything - local sports teams, pressure groups, social groups - you name it.

It very specifically includes all Harringay. The map at the bottom of this page sets out what the site defines that to be. There's been something of a history of a fractured Harringay - Gardens, Ladder, Green Lanes and the other areas north and south of the Gardens. I believe that only by thinking and acting as one community will we make a difference. This site aims to make a small contribution to that end.

But, hey, I don't want to sound too dour, we're also here to have fun. So the site aims to provide some diversion and entertainment too. 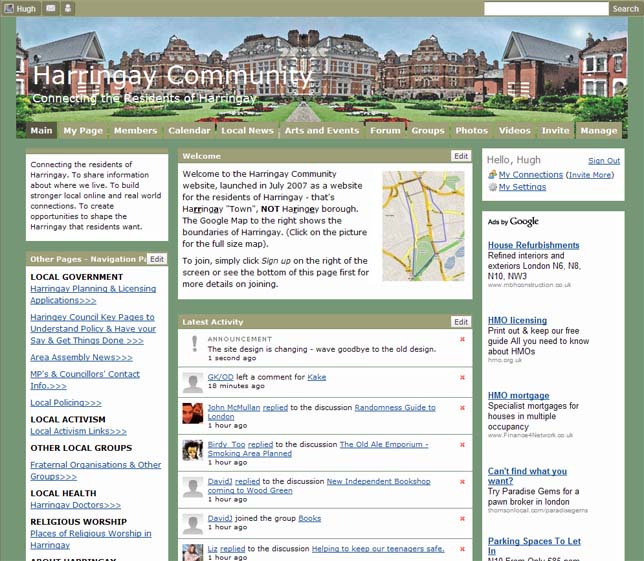 In March 2008 the site was revamped with a new look, a new name and its own web domain, Harringayonline.com.

The site is not maintained for profit or commercial reasons.