You know that little fountain in Hornsey's Priory Park........

Priory Park seems to have a rich history in stone fountains.

A few years back, I discovered that the large fountain was originally erected outside St Paul's Cathedral. It stood there, from 1880, until the decision was taken to remove it in 1905. 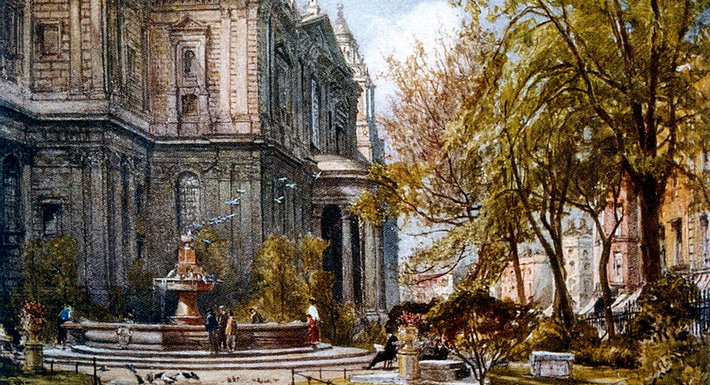 The granite fountain at St Paul's

Some years later, the borough of Hornsey offered it a home in Priory Park, where it has stood since 1909. 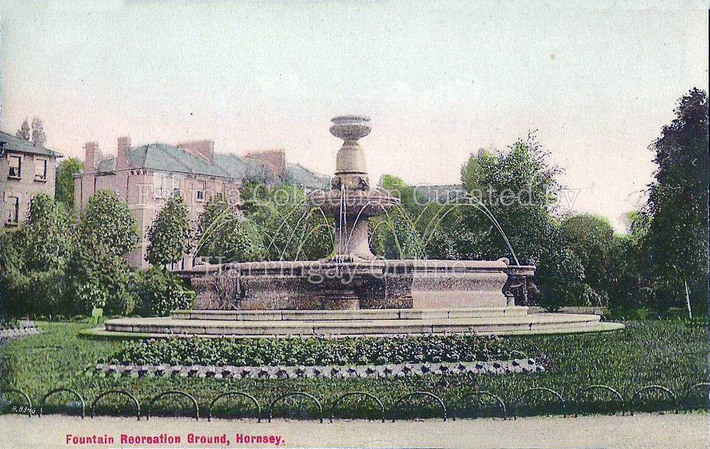 A little further south is a drinking fountain that I've paid little heed to, until HoL member Ken Stevens revealed its story to me recently. Thank you Ken.

Below is a Google Maps bird's-eye view of the fountain in the far south-east corner of the park.

Ken has revealed that, unlike its neighbour to the north, this fountain has a name. It's called the Metcalf fountain. Like its sister, this fountain also started its life outside the park. The following is from Haringey's Priory Park Heritage trail publication:

The Metcalf Fountain was originally located in Crouch End Broadway. It was donated by Charles Thomas Page Metcalf in 1879 to replace the village pump. It was moved to the Pleasure Grounds after the Broadway Clock Tower was built in 1895.

The drinking fountain now has Grade II listing. It is shown below in its original position. 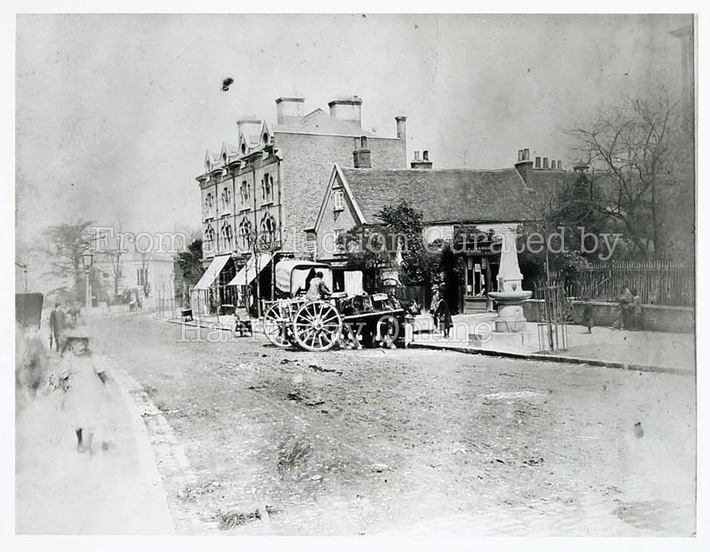 The drinking fountain outside Lake Villa, c1880. The furthest three of the four shops houses to the north of Lake Villa are still standing today. Until recently, the furthest one was home to Riley's Ice Cream shop. The nearest of the four houses was demolished in the 1930s, as part of the development of Hornsey Town Hall. It became the home of the Electricity company until relatively recently. Beyond this terrace behind the tree, Old Crouch Hall is still standing. On the left of the picture is Topsfield Hall. Both old buildings were soon to be demolished. 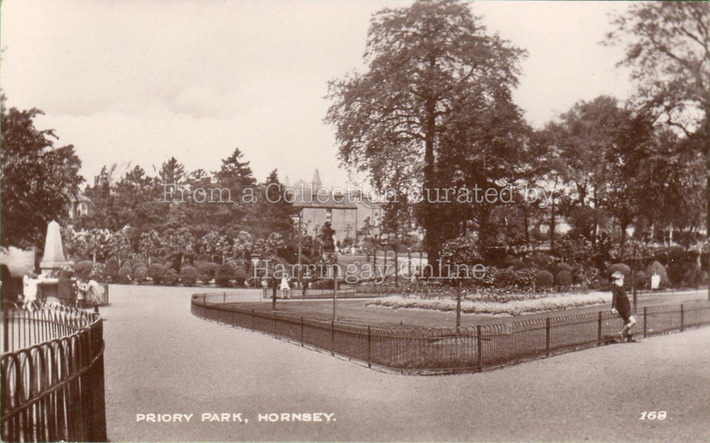 Good to know! Thanks

And the scene at St Pauls is very little changed in feel from the top photo - a statue there now instead of the fountain, but still a very nice spot to find some shade and tranquility away from the bustle