I've been going through cellar and attics over the past few weeks, sorting and chucking out. I thought I'd finished, but I found one last box yesterday, hiding under the Xmas Decs.

Two of the items suggest a certain circularity in our nation's progress. The first (probably courtesy of Private Eye) is from 1974, the second from a year later. 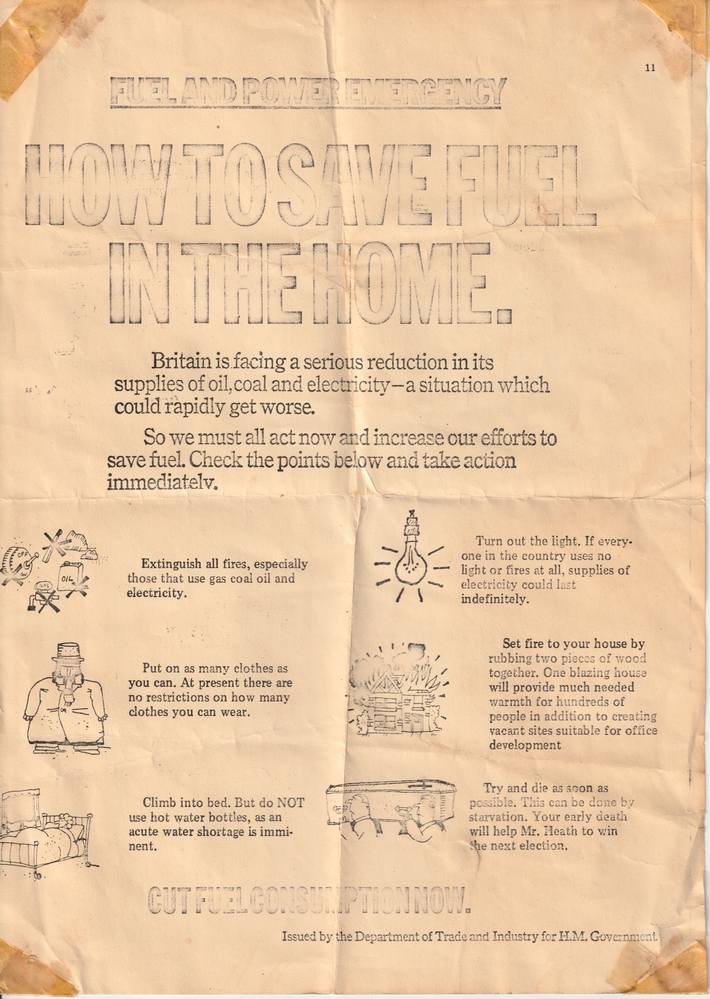