The other little Victorian back garden building on Wightman Road

There have been may posts about the tower behind Wightman Road and the cluster of buildings next to it. But I've never really given much thought to the other small Victorian building at the back of number 263 Wightman Road, just to the north of the tower.

Walking to Crouch End this morning, I noticed the building with its tiled gabled end and thought that it was quite attractive. That made me wonder what it was. Seen from the road, the house which this building belongs to is different to the other houses in the this stretch. 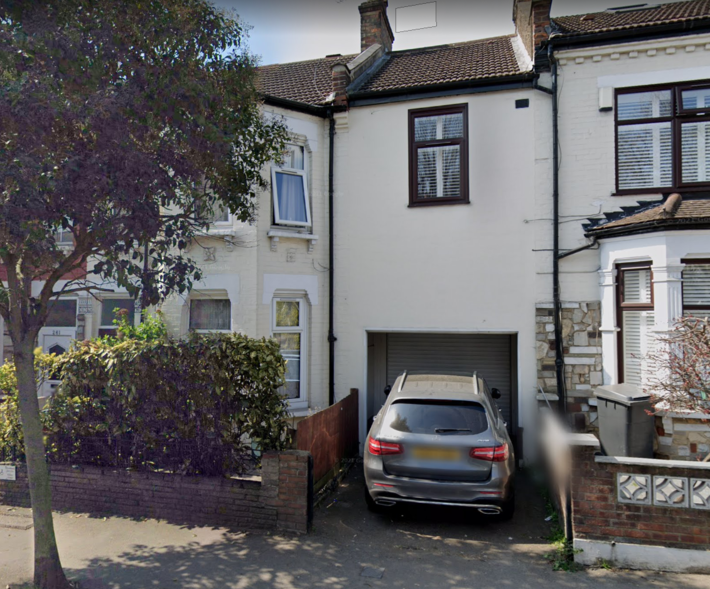 It's one of those relatively few houses on the Ladder that have an additional section to the side of the house. It looks like this is now part of number 265. 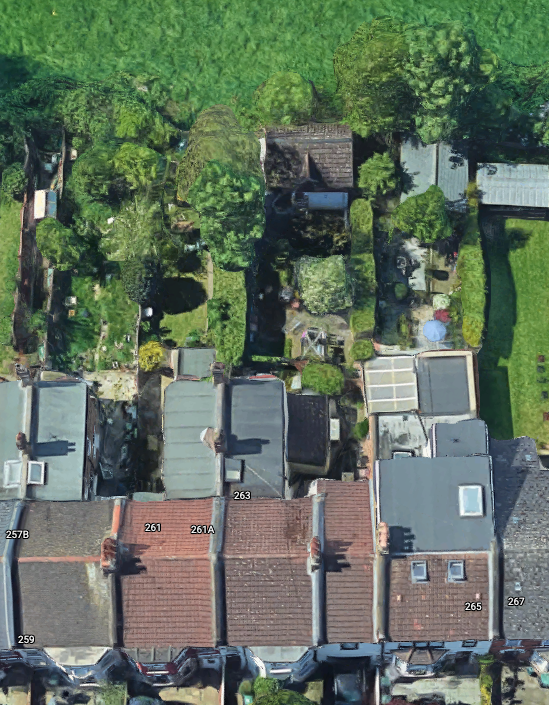 But, as you can see from the 1893 Ordnance Survey map, the land originally belonged to 263 and no building stood on it. The gap shown in the paving suggests that it was originally used as as thoroughfare.  (Later maps show that the gap between the houses remained until at least the 1950s). 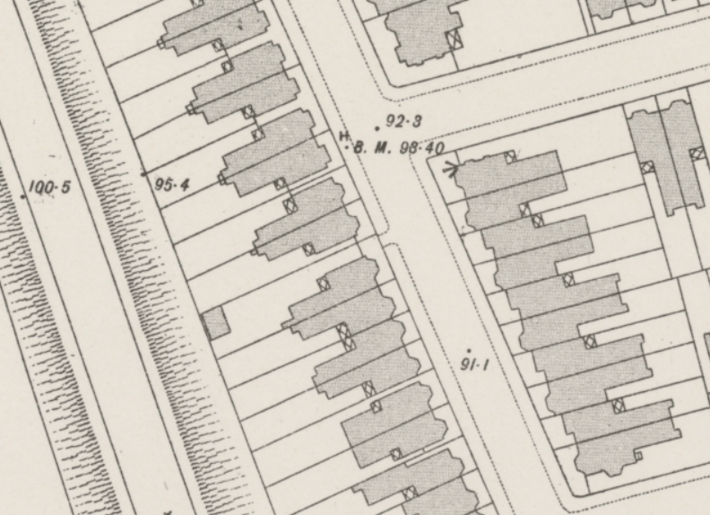 Ladder houses constructed like this were usually built to facilitate access to a yard to the rear of the house, which was usually used by a local tradesman for storage or as a workshop.

So, checking local records, I expected to find a local builder of the like resident there.

The first record I can find of someone living there is 1896, but he wasn't a builder.

The land was sold by the British Land Company to a Samuel John Brewer. He's pretty elusive in the records. The closest I can find is a Dorset-based Samuel John Brewer (b1861). His father was a brickie and by 1881 he was a brickie. So, given that many of the house builder who built up Harringay were west country men with a background in the building trades, it's conceivable that this could be our man.

It's also conceivable that Brewer built the terrace to the south that runs to number 253, and perhaps he used 263 as his base.

By 1896, the house was home to William Warns Davis and his wife, Susan. Davis was a publican who had been running the Britannia pub in Kingsland Road up to 1895. By the time of the 1901 census, aged 42 he's described as a retired licensed victualler. 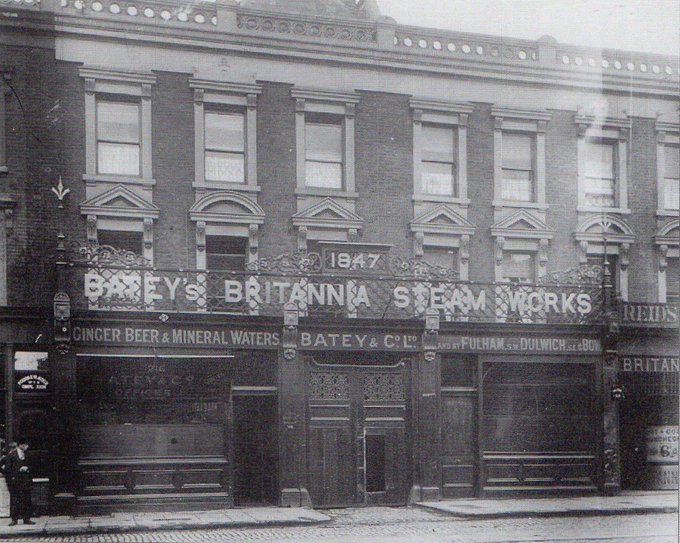 On the left ginger beer maker, Britannia Works at 212-214 Kingsland road. Just in the pictuer on the right, The Britannia pub, at 216

By 1902, Davis was granted a licence to run the Pied Bull in Liverpool Road. Ther years later has died, leaving just under £7,000 to his wife.

Number 263 was then taken on by Arthur and Rosa Labram. Arthur was a fruiterer with a business at 2 Gray's Inn Road. So, I suppose it's conceivable that the building at the end of the garden and the vehicular access to the side was useful to him for his business. Sadly, he had died by 1909 and I'm not sure if his widow and sons carried on the business.

So, one way and another, it looks like the building at the end of the garden may not have had much use in the way it had been intended for.

If anyone has any more information, I'd be interested to hear.

This is really great! I can't help, but I can note that 212 Kingsland road is now the garish Turkish Islamic centre - a lot of the buildings around there seem to have been lost - either through poor redevelopment or the bombs.

It kind of looks like a carriage house/stable from above, which would tally with the very open access, more than a workshop.

Looks incredibly like the 'trap' house we had on a house in Norfolk - it had been the place where the early Victorian resident kept his trap for his pony.