Harringay was in the middle of London's Trolleybusland. Originally served by more tram routes than buses, by the 1950s there were four Trolleybus routes along Green Lanes, 521/621 to Holborn, 641 to Moorgate and the 629 to Tottenham Court Road.

In fact Manor House junction was the busiest trolleybus junction in London and perhaps the world even? There were more trolleybus movements across the junction in the evening peak hour than anywhere else.

The East Anglia Transport Museum has London Transport Trolleybuses in its collection, as well as a London HR/2 (Hilly Routes type 2) Tram, amongst others from around the country and is well worth a visit.

A Leyland L3 trolleybus, 1521 seen at Wood Green, about to work down through Harringay on its way to Holborn. It has a matching number plate to the route number.  The 521/621 worked anti & clockwise around the King's Cross to Holborn loop. They were replaced in November 1961 by routes 168/221 in Harringay. The 168 is now long gone, but the 221 still survives, although now cut back to Turnpike Lane. 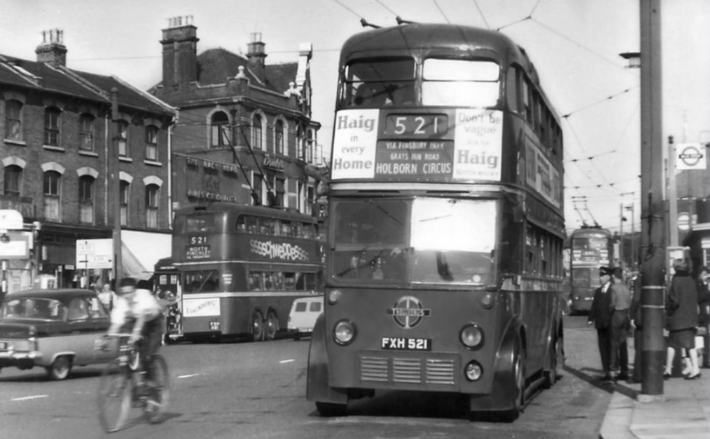 Trolleybus 1521 survived the withdrawal of the 521/621 routes and was transferred on from Finchley (FY) depot to Fulwell (FW) depot, where it worked out the last months of trolleybus operation in London, actually becoming London's Last Trolleybus on 8th May 1962. Another local 'Harringay' trolleybus was Leyland K3 1253, which originally was allocated to Clapton (CT) depot, but was transferred to Wood Green (WN) in 1959 and was often seen after that on routes 629 & 641 along Green Lanes. It is now preserved by the London Transport Museum, but not always on show - being often stored at the Acton Depot Site, which is open next on 13th/14th July 2019. https://www.ltmuseum.co.uk/whats-on/open-weekends 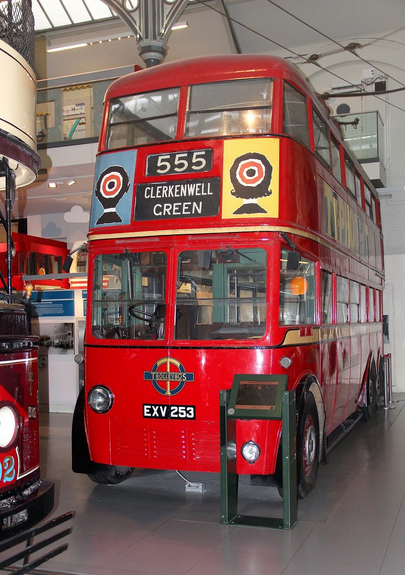 1521 now resides at the East Anglia Museum - A ride on a Harringay trolleybus is still possible. If you've never ridden on a London Trolleybus or first generation Tram, then the East Anglia Transport Museum is worth a visit. Details here: http://www.eatransportmuseum.co.uk/

No idea how many times I rode that route and probably that very bus. Every school term Wednesday afternoon for a start to our sports field. But in 1952, at the age of 9, I very nearly did not make 10. I was crossing Green Lanes with my grandmother in a pea souper and we had to leap for our lives as the silent death stole up on us. Albeit he was only doing about 5 mph but I would not rate our chances if he had hit us!

Silent Death! I like it. They were very quiet, apart from a clicking sound and not to forget, they had the best acceleration of any vehicle on the road. Ding ding and it was off - no chance for anyone chasing it !