Stokey Cats and Dogs are a local group who rescue cats and kittens. They have lovely cats and kittens needing homes. Please do contact them by email, they would love to hear from you with any queries. Home checks apply. Email is stokeycatsndogs@gmail.com

Stokey Cats and Dogs are a local volunteer group who help pets and stray cats in the community and are also a useful source of advice and help. They help stray cats and get them veterinary care, neutered, microchipped and rehomed. They also rely on and welcome funds donated by the community through their fundraising here or paypal donation. They also have a Wish List on Amazon. They also have a Stokey Cats and Dogs Facebook group and Stokey Cats Blog where you can read all the latest news on their rescue cats.

Details of some of the Stokey cats needing homes here 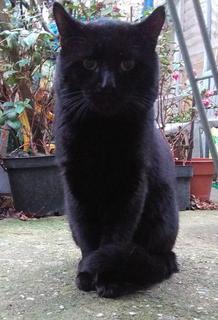 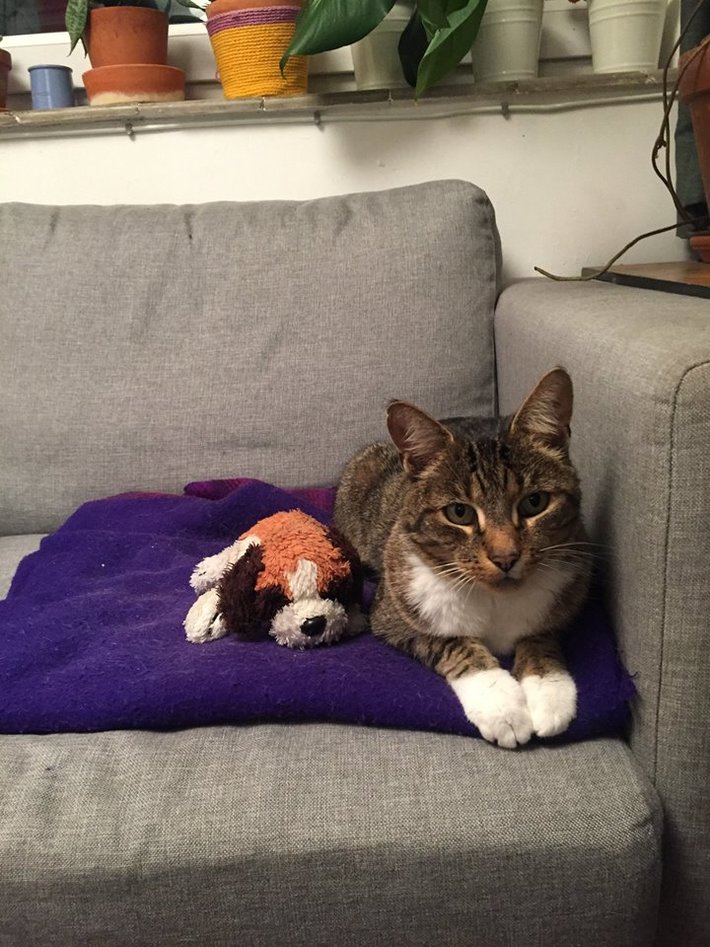 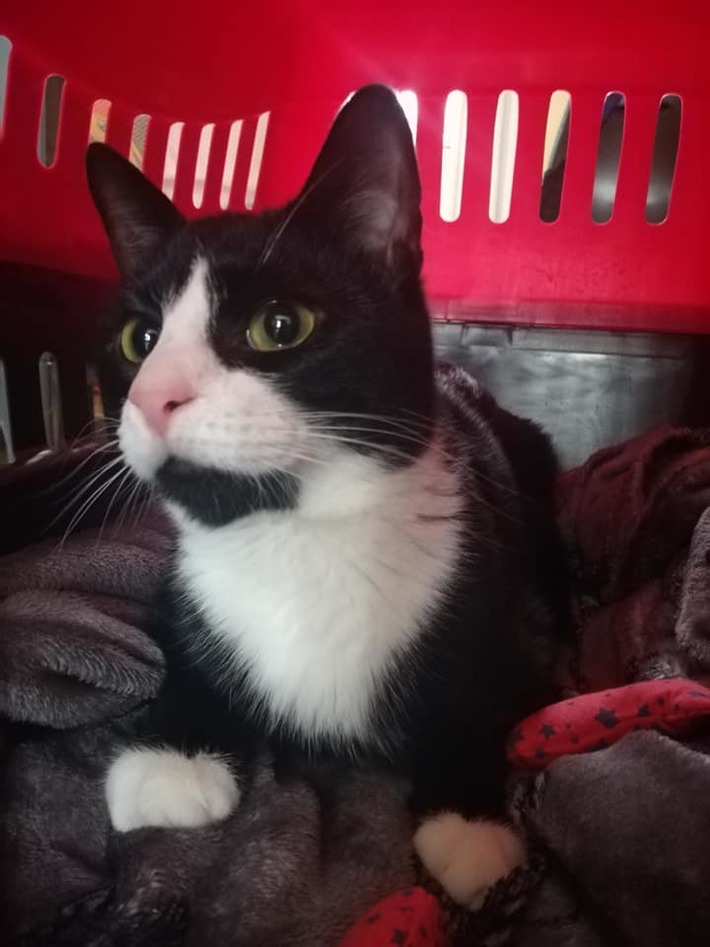 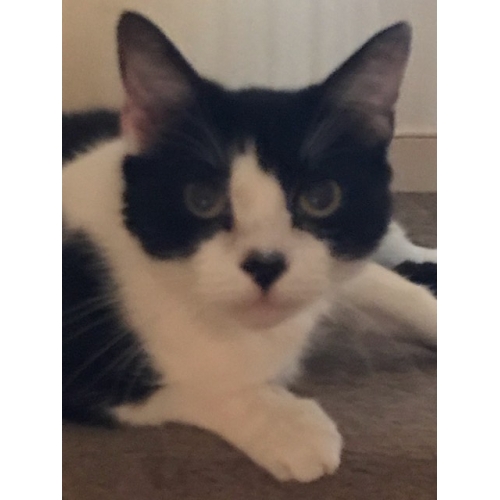 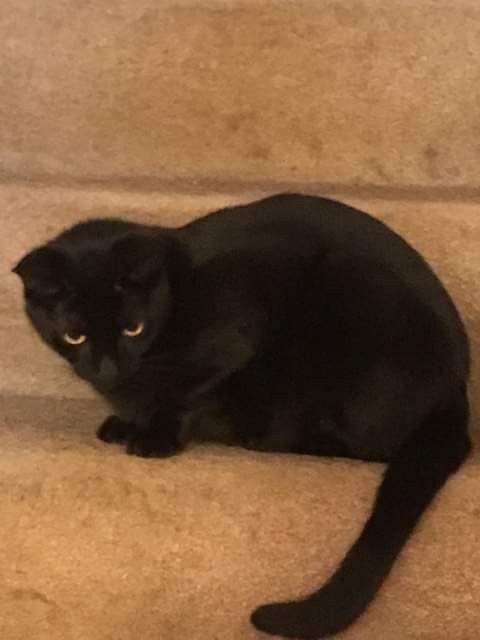 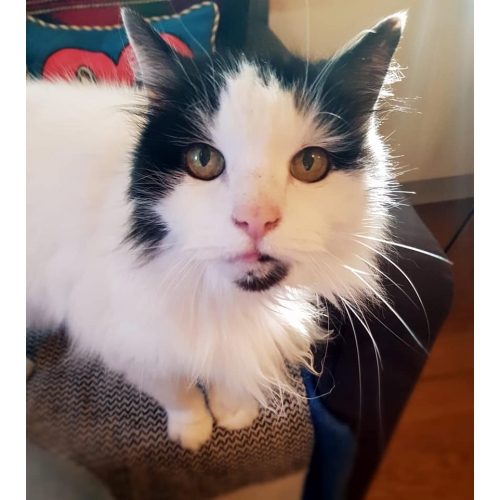 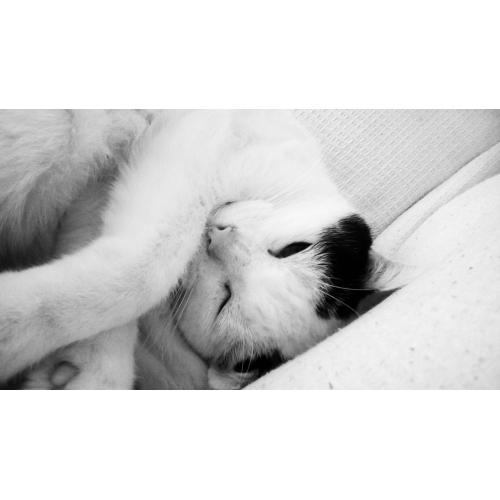 I am pleased to say that Stella & Maria as well as Esme are in their forever loving homes. Billy, Yuki and Honey are still looking. Thank you so much for posting Justine!

As said above, if you can't offer a permanent home, Stokey Cats and Dogs also urgently need more fosterers - which means looking after a homeless cat for them until a permanent home is found, details below. They would be very grateful to hear from you. 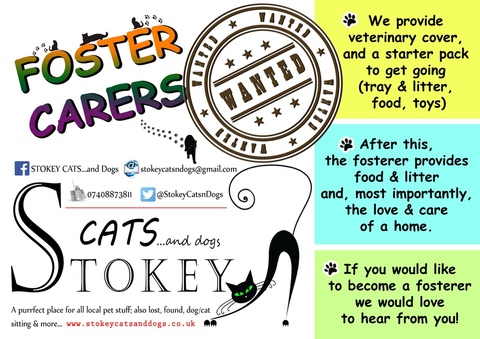 Remember Roger, who was featured earlier in this post and was in a terrible state when he was taken in as a stray by Stokey - Roger has now been vet treated and taken care of in a fosterer's home for two months and you can see the photo of him now on the right below. His kind fosterer Sharon said "deciding to foster was the best decision I've made in years! It's so rewarding seeing the cats come out of their shell and grow into happy, loving cats - none of them more than Roger".
If you can't offer a permanent home to a cat, please consider becoming a fosterer for Stokey Cats and Dogs. Very often a short term fostering can save a life. 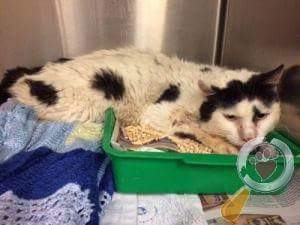 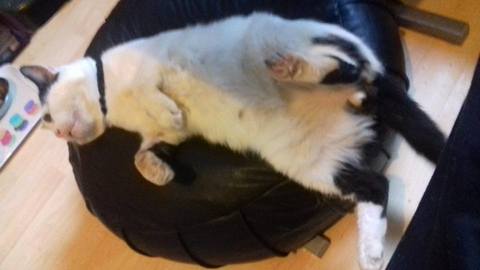 I've updated all the photos to show Stokey's current cats and kittens needing homes. All Stokey cats are locally rescued, neutered, microchipped, vaccinated, flead and wormed. Details on some of the cats here

Included in the photos are two black female sister kittens Pixie & Trixie who need a home together.

There are also two brother & sister kittens (ginger and tortie) Nemo & Pebbles who need a home together.

Please email Stokey with any enquiries as they would love to hear from you.

Thanks Anka. Yes it is sad and you are absolutely right, it is so preventable - if only people would get pets neutered and look after their pets for life (people even move out of properties and abandon their pets by leaving them behind!) Of course as you know, rescued pets are always neutered and microchipped. Yes, as you say, pets are a commitment, but well worth it!

For anyone interested in giving a home to a rescue pet, as well as Stokey Cats and Dogs there is a List of animal rescue places here for cats, dogs, and other homeless animals. 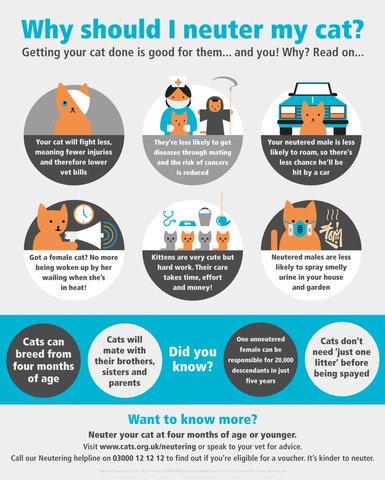 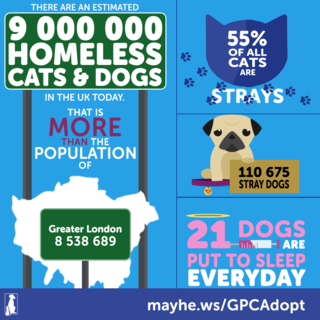 I've updated the photos above to show Stokey's current cats and kittens needing homes. Details on some of the cats here

Stokey would also be grateful for any donations such as cat food, cat litter, cat beds, cat blankets, scratching posts

I've updated all the photos above to show Stokey's current cats needing homes. Details on the cats here

Please email Stokey with any enquiries as they would love to hear from you.

Yes Henry is very handsome! I don't know why Stokey have listed Henry as indoor only - I presume there is a reason, but you would need to ask Stokey - I'm sure they would love to hear from you and they always welcome any questions or enquiries. Email: stokeycatsndogs@gmail.com Stokey Cats and Dogs are appealing for urgent fundraising for rescued cat Bagpuss. He is currently in intensive care and is having surgery to fix his dislocated hip. The cost of the surgery is £400.  Please donate by paypal donation (the paypal is stokeycatsndogs@gmail.com). You can also donate through their fundraising page here (but the gofund page hold the money for 10 days so please use paypal preferably if you can help due to urgency). Thank you in advance.

Bagpuss will need a good home after his operation.

Yes. Thanks a lot Anka.

Just an update on Bagpuss. On Friday late afternoon Stokey Cats and Dogs were notified about a cat dragging his back legs on one of the busy roads in Stoke Newington. He was a local stray cat who needed help. He was hit by a car and left there. He was trying to get himself out of the road and hide in the nearby bushes, possibly waiting to die unnoticed in pain. Thankfully there are good people around who waited with the cat until help came and he was taken to the emergency vet.

The X-rays showed a severely dislocated hip and the only solution was to operate immediately to avoid further damage. The approximate cost of the surgery was £400. It's a lot of money for a tiny rescue like Stokey where everyone is a volunteer and nobody is being paid. Stokey didn't think twice and went ahead with the surgery to save Bagpuss.

In the meantime Stokey have managed to collect half of the money needed for which they are extremely grateful to all members, volunteers and supporters! In the meantime Stokey are left with £227 balance to pay for the surgery. If you would like to help towards the vet bill, please do so via PayPal to stokeycatsndogs@gmail.com

His surgery went well and he was allowed to go home - the problem was there was no home waiting for him. Stokey took Bagpuss into emergency foster care where he is going to stay in cage rest for weeks to come. (By the way, Stokey need more volunteer foster carers for locally rescued cats - which means looking after a cat in your own home temporarily until a permanent home is found).

Once Bagpuss is recovered, Stokey need to find him a permanent home.

They would also be very grateful for food and litter donations for Bagpuss and their other rescued cats needing homes. They also have a Wish List on Amazon

Bagpuss's story in pictures below: 1) hit by a car and left on the road 2) taken to the emergency vet 3) intensive care + surgery 4) in temporary foster home 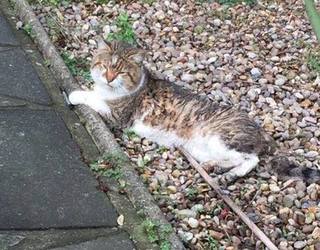 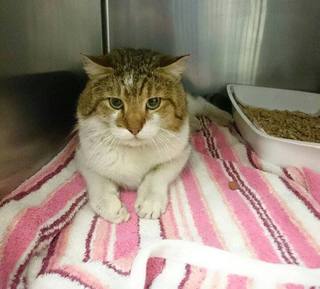 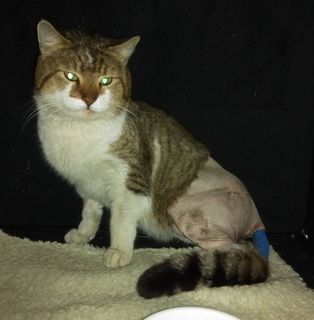 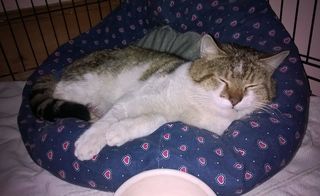