Researching my recent piece on the Harringay cricket field, I  followed a thread that ended up with the young John Lewis in Oxford Street.

During my discovery journey, I came across some bits and pieces about Oxford Circus - and...well...I couldn't help following those threads too. It's not local, (but there is a local connection - see cricket field piece) and I'm sure it's part of all of our London lives. So below I share some interesting history of Oxford Circus.

Oxford Circus  was constructed as one of several circuses in Nash's grand design of the early nineteenth century. It was originally called Regent Circus North, with Piccadilly Circus serving as Regent Circus South. 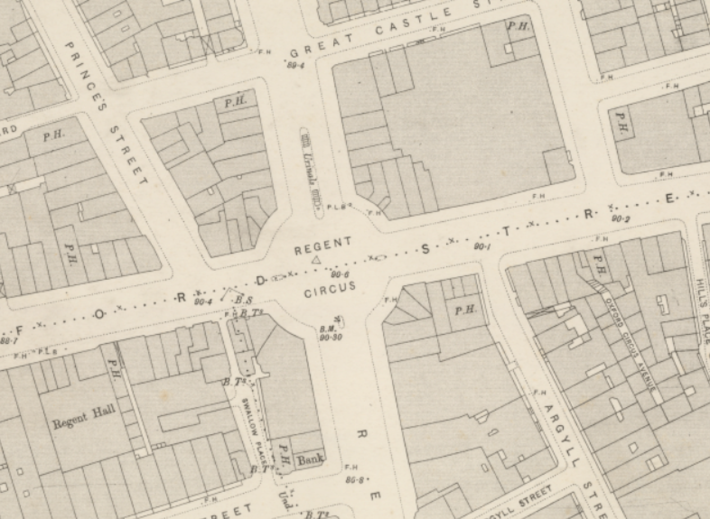 During the last quarter of the nineteenth century, Regent Circus South became Piccadilly Circus and Regent Circus North, became plain old Regent Circus. At the same time, the northern circus began being referred to as to Oxford Circus. Both names seem to have used  for many years. Perhaps to avoid confusion, sometimes they were even used together. An advert in the Globe newspaper in 1893 gave the advertiser's address as 'Regent Circus, Oxford Circus'. However, the Ordnance Survey map published in the same year showed the junction as Regent Circus. So it appears that this remained the offical name.

The opening of the first Oxford Circus tube station in 1900 seems have been decisive in ending the confusion and the use of Regent Circus quickly disappeared. 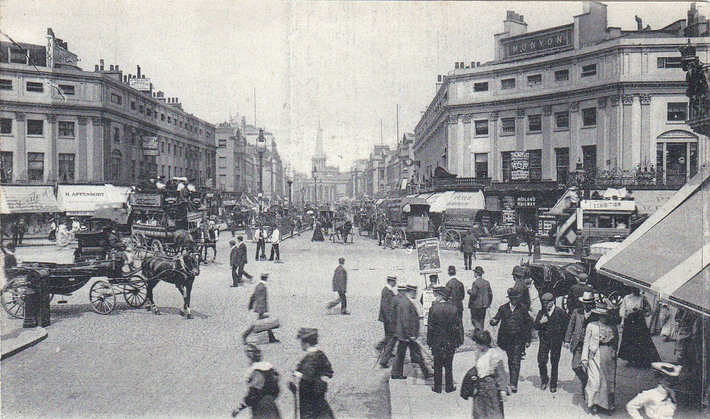 Fig. 3: Oxford Circus, looking north with All Souls church in the distance, c1900 Fig. 4: Oxford Circus looking west, 1891. Notice the photo is entitled Regent Circus 8-91, but on the wall on the left, you can see the shopfront of Dakins Comfy Tea Shop shows Oxford Circus.
At this time Nash's original quadrant buildings on the corners of the circus are still in place. They would be replaced by the current buildings in the years leading up to the First World War. Fig. 5: The second Peter Robinson Store near Oxford Circus Oxford Circus. This one was on the east side of Regent Street just to the south of the curcus. This photo is looking south east, 1910. Again one of Nash's original quadrant buildings in still in place.

The first tube station to open was the Central line in July 1900. The station building was on the east corner of Argyll Street and Oxford Street. It still stands today, although now with a building above it. The Bakerloo Line station opened on the opposite corner of Argyll Street in 1906. As with its companion, the building is still standing, also with a building now constructed above it. Really interesting, thanks Hugh. The "2d fare to any station" caught my eye- running it through the Bank of England's inflation calculator comes out at about £2.49 in 2020, which isn't too far off the current £2.40 Zone 1 Oyster/contactless fare.

Not sure if that makes today's fares good value for tracking inflation for 120 years, or bad value given greater ridership and original capital costs paid off long ago...

Fascinating as always, Hugh, but I think the Peter Robinson pic is actually looking SE, not NE: you can see the curve of Regent St in the right hand part of the picture. Peter Robinson had at least one store in Regent St, I read, as well as the flagship store on Oxford St.

Thanks, Nick. They didn't 'tell you at school' about any Peter Robinson store on the east side of Regent Street, just south of Oxford Circus. So, I went with the original caption and assumed that the photo was of the main Peter Robinson store. But, it turns out that you're absolutely correct and the view in Fig. 5 is looking across another Peter Robinson branch on Regent Street. Well observed. Thanks for challenging my oversight. 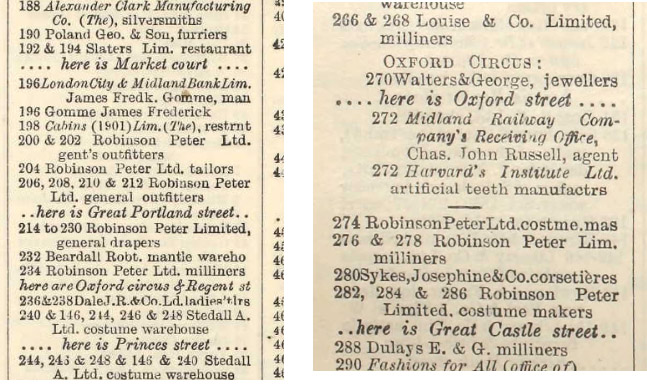 Here's the former Regent Circus South, in 1893 long after it had been renamed as Piccadilly Circus. The view is looking east. Eros is located further north-west than its present-day position 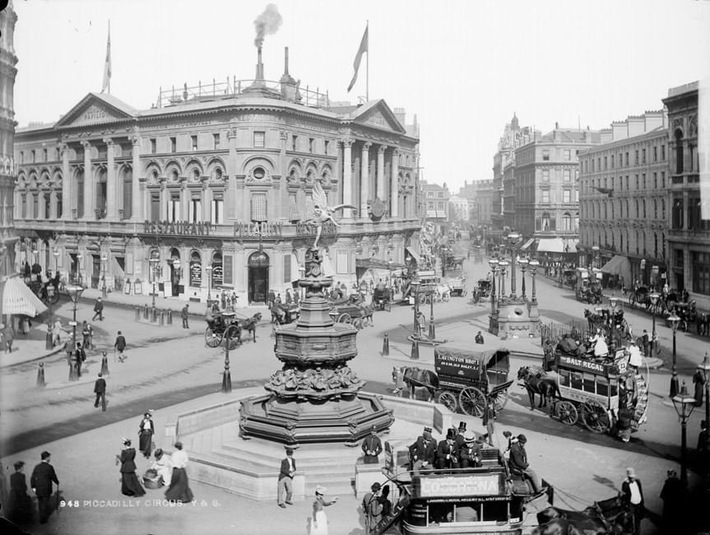