Nice shop sign revealed at the moment next to Pappa Pizza

Nice Andy! I wonder how many of these beautiful signs are beneath these gaudy monstrosities that line our street.

We've been adding quite a few over the years, Ben. I've edited the tag under Andy's photo: click on that now. Also a number have been added on the picture gallery.

If anyone sees one, pease snap it. As Andy says, you have to be quick off the mark.

Thanks Hugh, i have been though much of your fantastic achieve! We're so lucky to have this in our area!

That's a great old sign. Thanks for capturing and posting, Andy.

It seems like Turner was the second occupant of 401 Green Lanes. The first was Edward G Rogers Fruiterer and Greengrocer.

Turner had taken over by 1906. Business apparently went well, because by two years later he'd opened two further branches on Green Lanes in Harringay: one at 483 (currently the empty Devran) and one at 507 (on the corner of Warham opposite the old Post Office).

The best picture I could find is the one below. Turner's is on the far side of the road, just past the cart, third down from the corner (Burgoyne), without the awning. 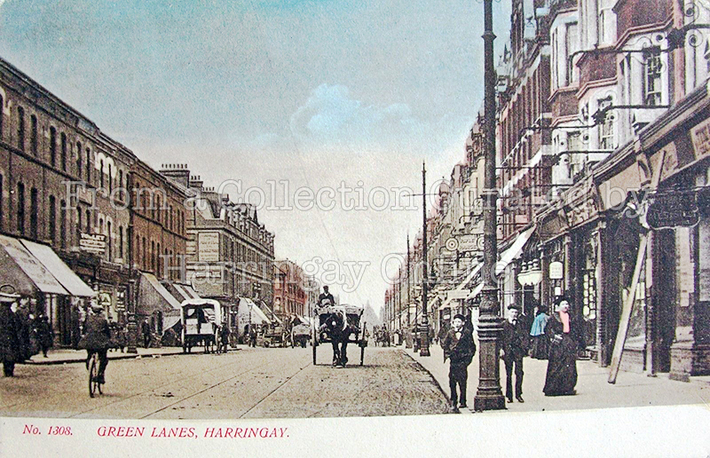 Thanks for this Hugh.

Very proud to be part of the ghost shop gallery.

So lovely.  A bit off the beaten track, but here's one which appeared in Muswell Hill Broadway recently:(if I can manage to attach it - not at all technically savvy) 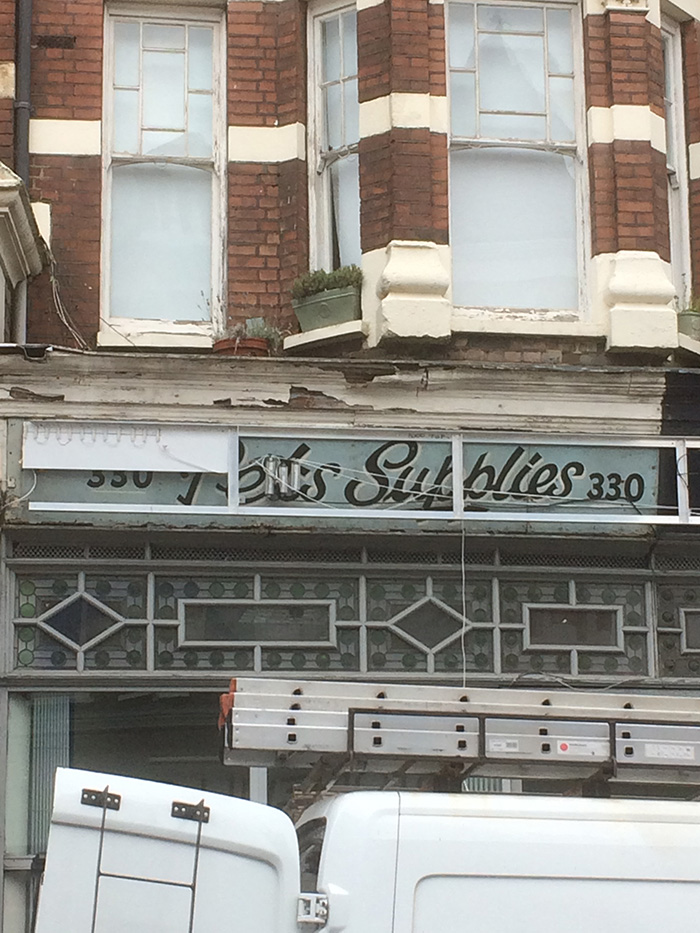 Beautiful piece of art and creativity and a memory of times long past.

Amazing - it's worth sending to the officers at Haringey involved in the streetscape works a few years ago (Regeneration team?) and the Conservation officer (Planning).  There may be shopfront guidance or conditions from active shopfront grants that protects these kind of discoveries.

Just went past and it’s boarded up already, so put back to sleep for another generation to admire when its time comes round again and reawakens again.