More on the Bitter Political Struggle Spilling out over Harringay's "Banksy" 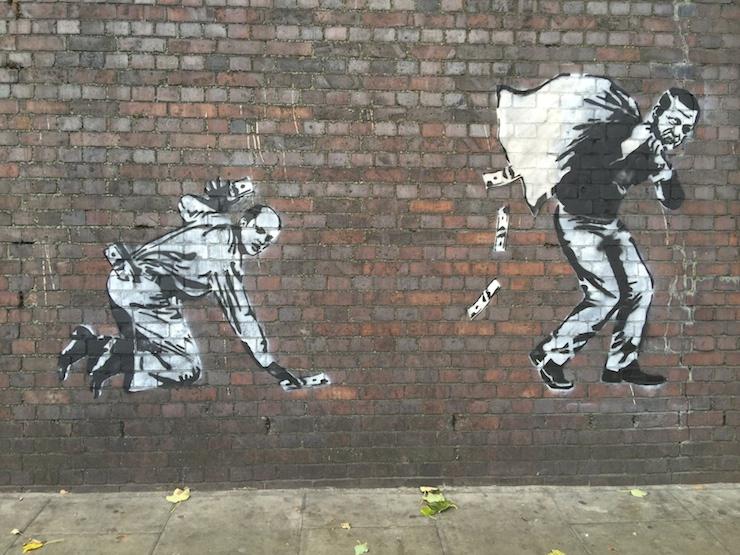 On Wednesday, I wrote about a new piece of street art under Harringay Bridge. There was initial speculation about whether it might be by Banksy.

By the following morning Alison Park told us that it had been daubed with white paint and we speculated as to the motivation.

I've now found out more about what might be behind this and, as we suspected, it seems that the political battle between Kurds and Turks is playing out on our high street.

According to local turkish commentators on social media, the Harringay Bridge piece showed Turkish President Tayyip Erdogan making a getaway with a sack full of cash. He is apparently being followed by his son, Bilal, gathering notes that fell as he fled. This depiction apparently originates from a story that broke on social media in February, claiming to reveal Erdogan and Bilal discussing how to hide large sums of money.

The street art/graffiti was first spotted on Sunday (updated), and it's potential to act as a bone of contention was quickly identified. Then in the early hours of Thursday morning, at around 12.45 am, yellow paint was splashed on the wall, hiding the faces of both the  "president" and "his son". Local Twitter user Rhiannon Jones reported that the paint was splashed by supporters of Erdogan. She tweeted,

By early Thursday morning, the piece was messed up again, daubed in white, as reported to us by Alison Park and later by Pav. David Sweeney posted the following picture on Twitter. 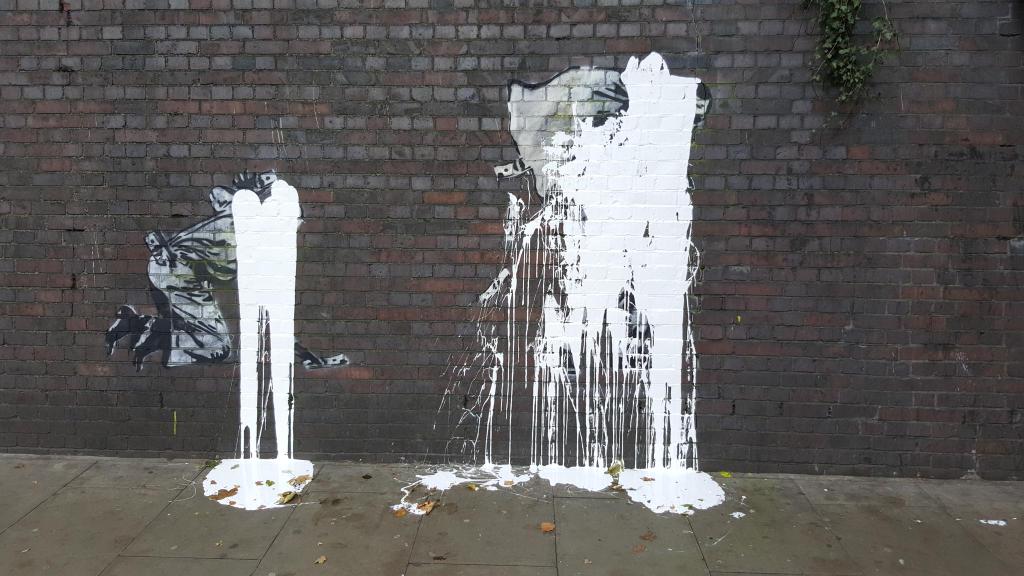 When I passed by the bridge last night the whole area had been covered with blocks of black paint. Pav took this picture today.

We've all become used to Kurdish marches along Green Lanes, and so have some awareness of the political issues they speak to. We may not realise how much tensions between Turks and Kurds have escalated in recent months, however. 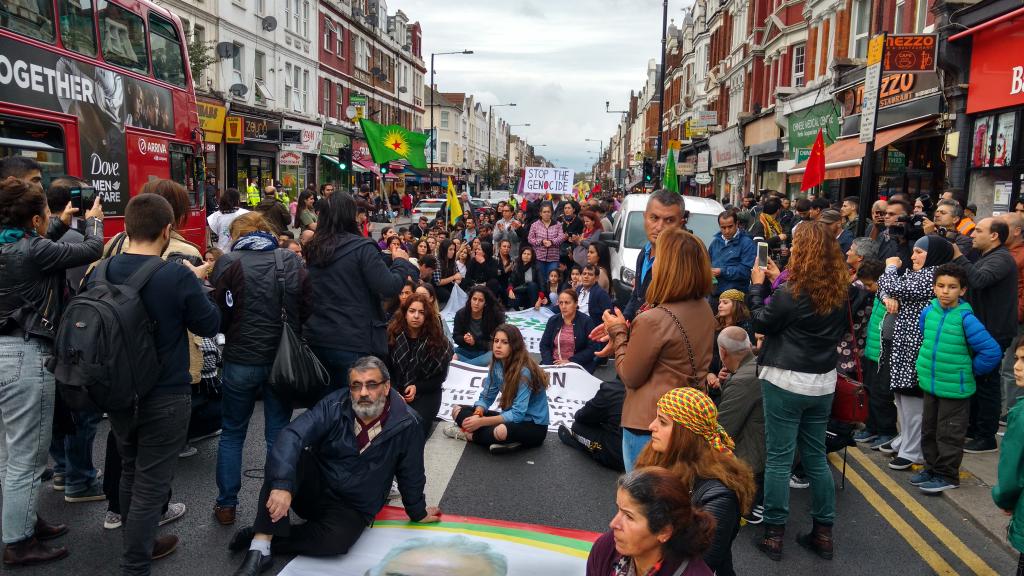 The current struggle began in Turkey in 1984, when the Kurdistan Workers’ Party (PKK), started an armed struggle against Turkey’s government. A subsequent ceasefire that went into effect two years ago broke down in July, when the PKK blamed Turkish authorities for failing to prevent an attack in Suruc that killed at least 30 people.

Last week, the situation was exacerbated when a terror attack at a pro-Kurdish rally in the Turkish capital killed 128 people.

We will no doubt see to what extent these heightened tensions ar played out on Harringay's high street.

Permalink Reply by Cllr Emina Ibrahim on October 19, 2015 at 18:08
Unless of course John you would rather see a wall daubed in a mixture of yellow and white paint. As I said it's all relative both the mural and defacing were political statements. But hey perhaps we should all do a reenactment and stand under the bridge chucking buckets of paint in our preferred political colours. The result being ultimate political emancipation and the eradication of "Facism".

Then again maybe not

Well I was being slightly tongue in cheek... I think the original art and the splashed paint on it afterwards should have been left a bit longer. It was a political "discussion" as well as graffiti. I think the council rushed to clean it up because of that.

I am now aware that Erdogan has a son and the picture paints a thousand words. I'm also now aware that there must be Erdogan supporters in Harringay too, which I find a bit weird but I imagine we have some UKIP supporters too.

More people should see this squabble.