I wasn't going to say this as I'm loathe to criticise someone's choice of employer for their first job. I did however think it was a bit off that Adam Jogee was working as a researcher for Terrapin Communications. Why did I think this was off? Well, their list of clients included the three firms currently bidding to run a large part of the council'sour land in a 20 year "partnership" deal. I asked around and was told that he was a good boy and was being responsible about it. He's now the Majority Chief Whip.

So then I come across THIS POST on OpinioN8 which is Crouch End's version of HoL. There it states that

Councillor Kober has dined six times at Terrapin's expense, once in Cannes. Detail on the lunches decreases over time.

Councillor Strickland was also at this dinner in Cannes and has dined at Terrapin's expense another four times.

Go see the post on OpinioN8, click on the links. See for yourself. Adam was a just graduated student when he became a Labour councillor, now he's a researcher for perhaps the country's best known Tory lobbyist.

Martin Ball pointed some of this out to us about 18 months ago and we were all a bit meh. Presumably we consider it slightly off to worry about who pays for someone else's lunch. However, Terrapin's client list should give us cause for concern given what is also happening with Hornsey Town Hall. Have we been duped here?

Permalink Reply by matthew cuthbert on November 25, 2017 at 11:09
A big foot or boot, would be more in keeping with the aggressive nature of this plan, complete with the' Sticking Plaster,' logo, (trying to hold LBH together.)

Leandlease will always be the stronger partner, they will walk all over @haringeycouncil, anyone who doesn't believe this is inept of business acumen, (unless it is your intention for big business to take over.)

The sign of Council leaders courting big business in Cannes would be a key indication of this activity. Who will profit off the back of this deal? not those in need in Haringey.

Lend lease deal with major projects, who will deal with the eleven or five home sites? They do not deal with small sites, I imagine it would be easier to sell off these locations, (in their eyes.)

Council property will go from being made up of social housing, and affordable rent, to an unsustainable rents, (for residents on lower incomes,) and private occupancy. Liquidating the state faster, and more aggressively than Thatcher could engineer. If you are a party member, take up the fight against Blue Labour, and defend party values, or join Social Democrats and Liberals, to fight head on externally, all will be necessary, and are in the proceed of fighting for social justice. The call is yours people. 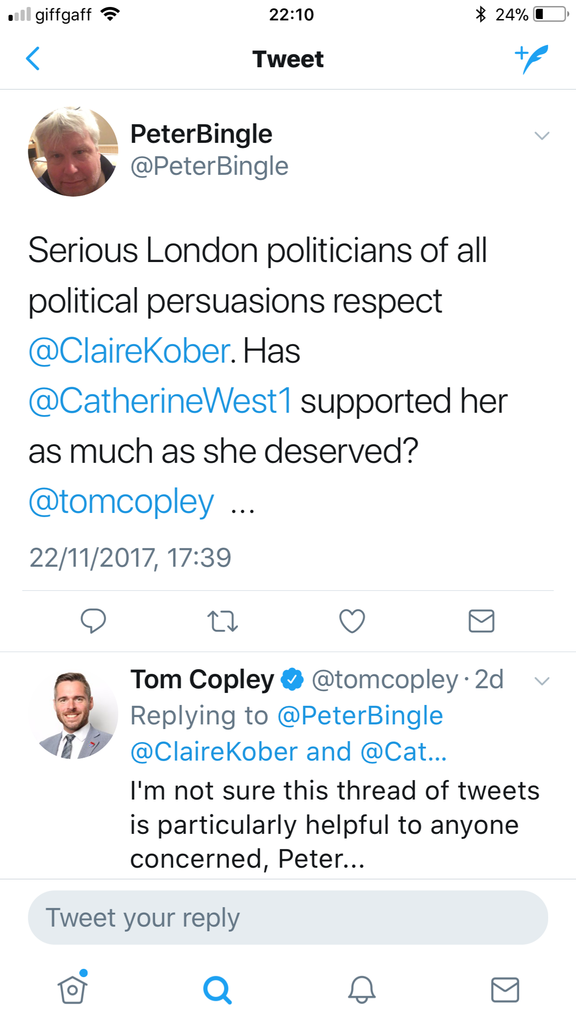 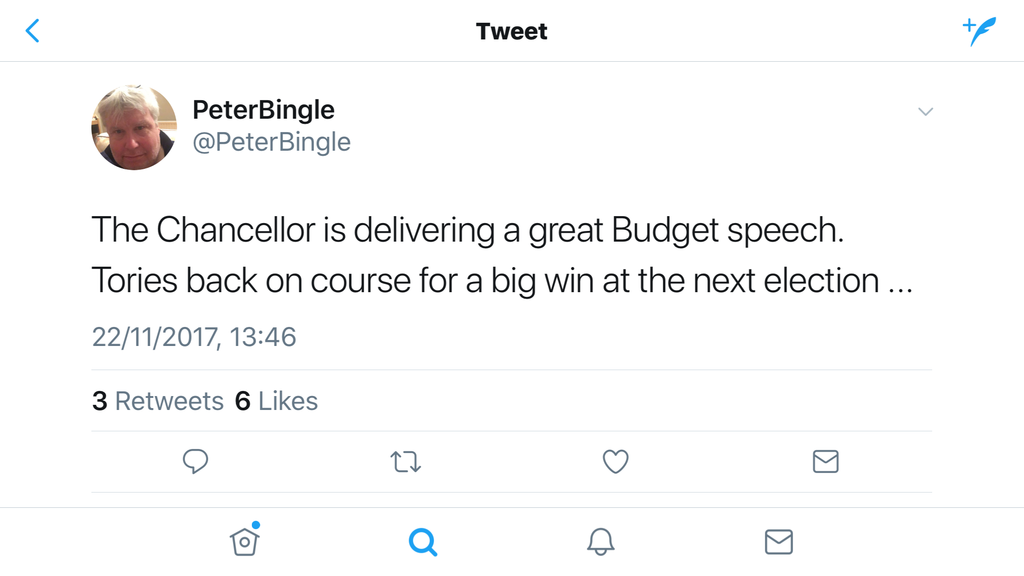 Permalink Reply by John McMullan on November 25, 2017 at 9:18
He put the boot into young Adam. I hope Adam sees that as a badge of honour.

John, elected politicians who have the courage to change their minds and say so, may earn respect.

Most of us were young once. (The others still are.) We may have "got in with a bad crowd" - as posh people sometimes say in films from the nineteen forties. Adam did that. He's now understood why that was a poor choice.

Long may ex-Tory councillor and lobbyist Peter Bingle fulminate against Haringey councillors, the staff, our voters, and anything else in the borough which prompts his ire. Ditto various right-wing bloggers whose every post would be another badge of honour. Not that anyone needs a badge.
Can I assume you've seen Humphrey Bogart in 'The Treasure of the Sierra Madre'. 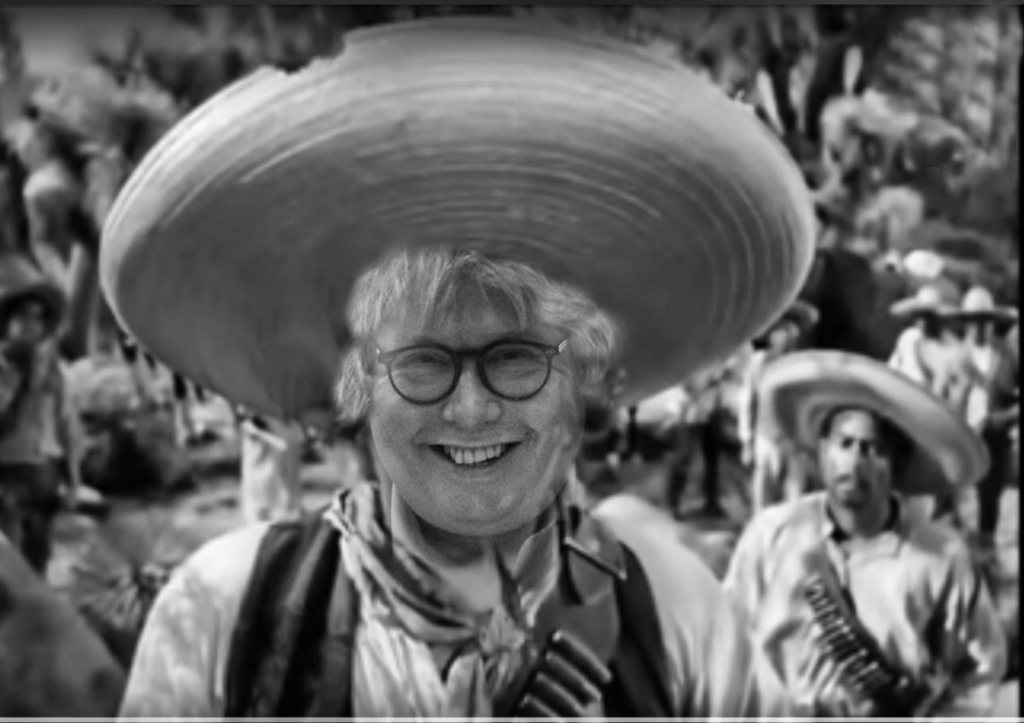 Who should have the credit for Newport's city status?

There's a long list but yesterday a new claim was made. Thanks are certainly due (in no particular order) to The Mayor, Paul Murphy, the Argus, The Newport City Campaign Committee, Newport Council, the MPs and AMs, and the Queen.

But the crucial factors were the city's inherently strong qualification as a vibrant bustling progressive community with proud historic roots.

At yesterday's select committee, Peter BingleBingle tried to wrong foot me after my first question to him by claiming credit for his PR Company Bell Pottinger for Newport's city status victory. Who'd have guessed ?

It got worse. Mr Bingle then presented himself as a saintly messianic figure who 'on principle' as a catholic would not work on a pro-abortion campaign. He said he did not want to sully the reputation of the company.

I asked him about Bell Pottinger's past clients. They include South Africa's National Party; the Coal Board during the 1984 miners' strike; post-Dayton, Milosevic-led Yugoslavia; Lord Weinstock, chief executive of GEC, the pro-Pinochet runner for president, Hernan Buchi, in Chile's first elections since the coup of 1973. They also ran a £200,000 PR campaign in the UK for General Pinochet himself after his arrest.

Not quite duped over the over the Town Hall but it does not look like it is safe hands.

As you know, Haringey have been letting it out for film sets.    I have heard a film maker recently tore down parts of the building which I think may be listed and it would cost several million if repaired. Of course, the less valuable antique stuff in there, the easier it is get demolition approval.

You would have thought Haringey might have put some security in there to make sure that sort of thing could not happen.   But the brains department run by transformation professionals did not think of it. I wonder why not?

That building is in so much danger. I wish people realised. Thanks for telling us.

Exactly who tore down exactly what, Patrick?

I too - Patrick and Hugh - would like like to know the source of and evidence for this claim.

While keeping an open mind, I also keep in touch with people involved in campaigning for Hornsey Town and assume they'd be outraged and almost certainly protesting about it if something like this had happened recently.

Adrian Essex has responded on Opinion8 website and thankfully he has not been to confirm this worrying claim.

A couple of months ago, I was talking to someone I did not know on the street. Not sure who it was but perhaps I could find out more.

Patrick, I too have picked-up helpful bits of information from chats in the street with people I didn't know or who wanted their names kept out of any inquiry. In my experience such "tip-offs" can often be helpful leads to things that go wrong and need a remedy.
But as I'm sure you realise they also need checking and evidence.

Here is a verified story about builders and a fascia. It might be the story in question.