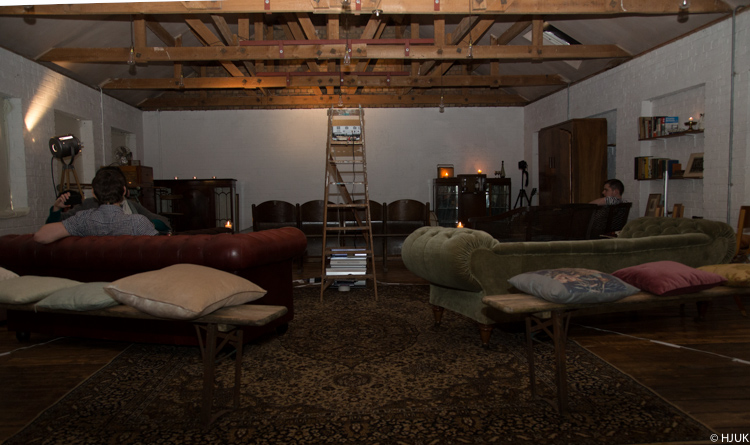 Yesterday saw the first event at the Organ Factory's new Hidden Cinema. I popped in before the crowds arrived to say hello and to have a nose around at the place where the organ for the old Coliseum Cinema, (on the corner opposite The Salisbury), was made.

The Harringay Hidden Cinema concept was hatched by two couples who live in the two top floor flats in the Organ Factory building in Colina Mews. James, who's been leading the charge, lives in the middle flat with Charlotte. Cinema hosts Louisa and Justin are in the top floor flat. It's pretty much worth going to a show just to share their great living space for an hour or two. I'd happily move in to tomorrow.

I asked the couples about their motivations for this foray into entertainment enterprise and it's clear that it's not about money for them. One of the group told me, "We're all passionate about doing something locally that brings people together in a fun way. We've got a great space here that we're happy to share and a hidden cinema seemed like a really fun idea".

From what I saw their idea certainly seemed to be working. People began arriving as I (sadly) had to leave and there was an amicable pre-show atmosphere as they chatted and tucked in to the home-cooked food, coffees, teas etc .

This first event was a sellout and James told me that the good feedback means that they'll certainly be doing it again (and apparently the sausage rolls were a sellout too!).

If you can get tickets next time, it's worth going along. It's a unique venue and you'll be sure of a warm welcome. My pictures don't do it justice, but I hope they give some idea of the environment. 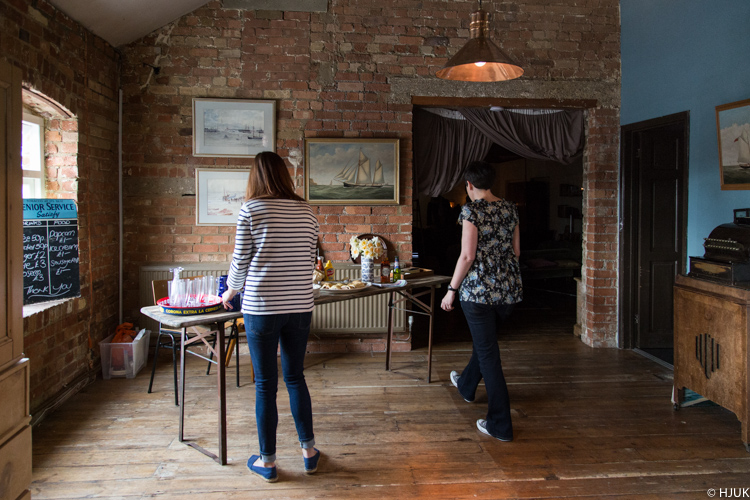 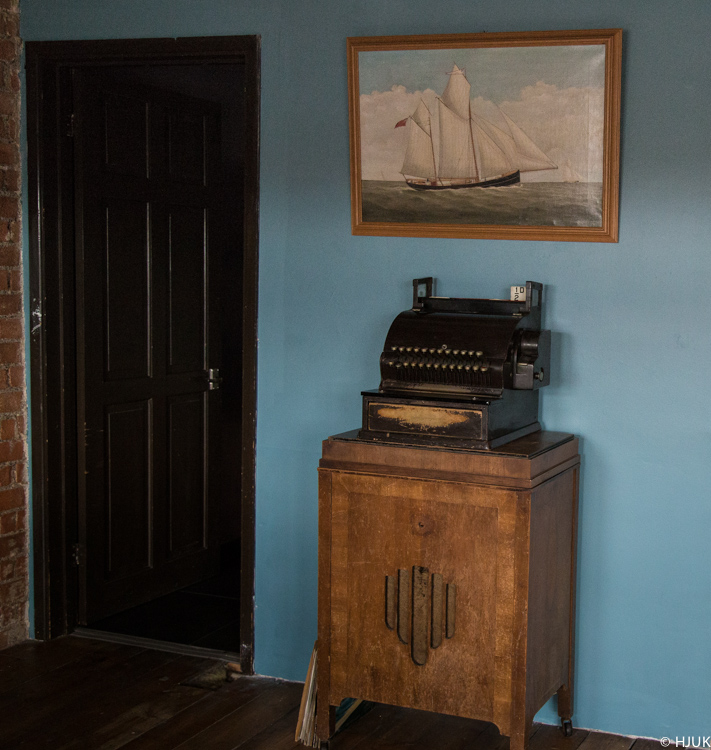 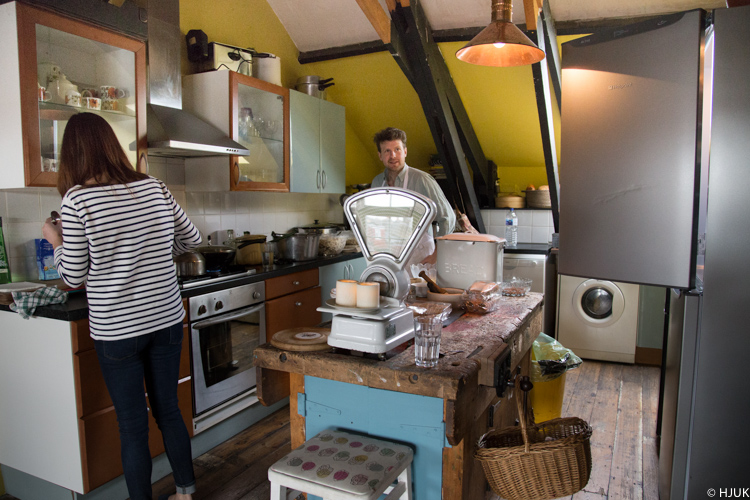 Great pictures Hugh. I second the recommendation to pop along to the next film - great sound system, nice atmosphere, lovely people, excellent space. Well done James, Charlotte, Louisa and Justin. They're up for suggestions for films to show in future too.

amazing , i have been looking at this building on and off for years. i knew there would be some creative souls in there. great to see and im planning to go around to meet the owners soon. well done people. jonny rogers

Great just the sort of thing we need round here! It looks great. I would definitely be interested in going to the next one!

me to looks great.