Natalie Bennett, Leader of the Green Party, and Jarelle FRANCIS, Green Party Candidate in the Harringay by-election next Thursday (28 July) met with representatives from Living Wightman and other local residents to discuss the traffic issues that affect the whole area.

Jarelle FRANCIS, earlier today, posted a video setting out some of his views on Harringay on-line. http://www.harringayonline.com/forum/topics/green-candidate-jarelle... 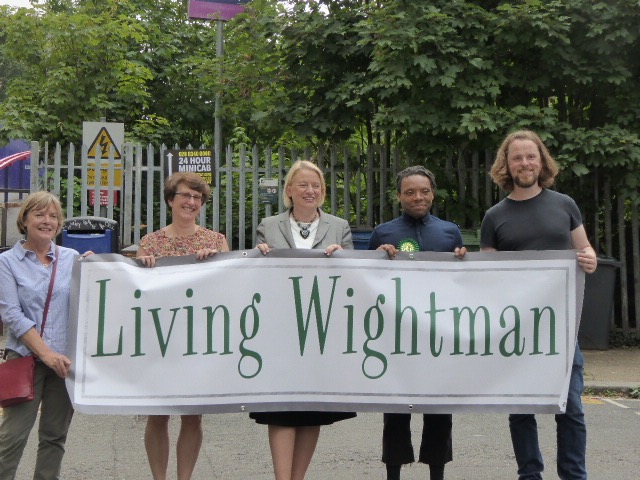 Discussion focused also on the need to monitor the pollution levels in the area; Haringey Green Party is poised to put up further monitoring tubes after an initial initiative in January showed that all areas measured in the area exceeded EU legal limits.

Natalie Bennett also suggested that as quite a large part of the traffic is coming from adjoining boroughs, any solution must be seen on a cross-borough basis and should involve the London Assembly. Jarelle FRANCIS would involve Caroline Russell, Green Party London Assembly Member who has campaigned for a long time on traffic issues. 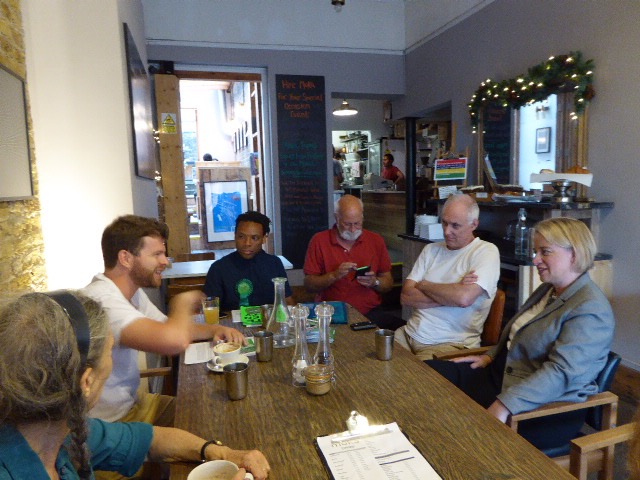 Before the meeting with Living Wightman, Natalie Bennett also met local residents in Café Moka on Wightman Road to hear from the about local issues

I think they should at least make Wightman rd one-way (northbound) and then install a cracking two-way cyclepath. Much nicer!