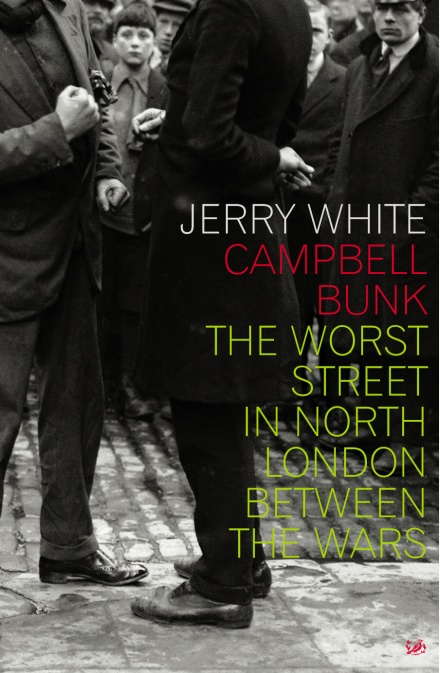 I finally got round to buying a copy of this wonderfully interesting book about a street in Finsbury Park.

The first seller I ordered it from got back to me and said that they only supply educational establishments. They said they'd cancel the order and refund my payment.

Without waiting to confirm, I ordered a copy elsewhere. Lo and behold, today I find that I have two copies.

The store who acted in error is happy to collect the book and refund me. But I thought first I'd check to see if anyone wants it locally.

If anyone would like to take this off my hands and read a fascinating chapter in our local history, it's yours.

I understand my Grandparent's lived in Campbell Bunk and from what i hear my mum hated going there to see her mum.

From reading the book, I can understand why your mum didn’t like the Bunk. By all accounts outsiders weren’t welcome.

I have read it a while ago i think it was on line.

I believe war photographer Don McCullin lived in this area as a child.

McCullin reportedly grew up in poverty in the Finsbury Park area, but I'm not sure that he actually lived in Campbell Road. He did have a link with the road however: it was where he took his first published photo.

Published in 1958, The Guvnors shows a notorious local gang called 'The Guvnors'. I assume that it was shot during the demolition of the Victorian houses that took place that year (although I've also seen it referred to as having been shot in a bombed-out building). The image was published in The Observer and is supposed to have launched his career.

In his book Unreasonable Behaviour (1992) McCullin writes, ‘That one picture changed my life. People have told me that if I had not made a breakthrough with that photograph, then I would have done so with another. I don’t think that would necessarily have been the case. I had a low tolerance of rejection, and no burning desire to be a photo­grapher. If I had been obliged to battle my way into Fleet Street, I would never have got there.’

The members of the Guvnors gang were arrested for their involvement in murder of a policeman. One of the rival gang went on to be executed for the crime. 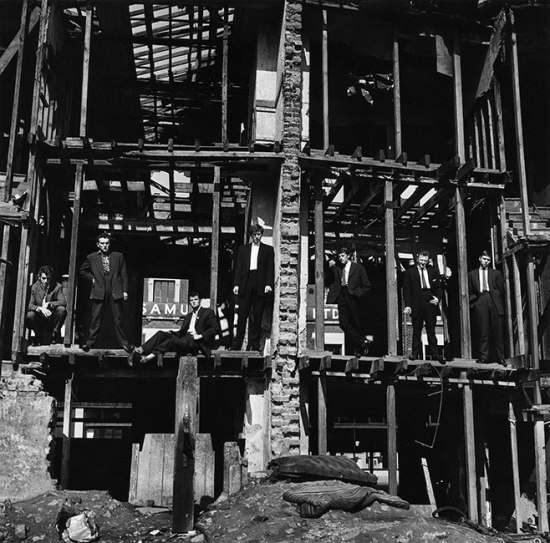 Another more recent notorious link for Campbell Bunk is 2017.

In 1937 the street was renamed Whadcoat Street, apparently in an attempt to shed its bad reputation.

The corner of Whadcoat Street was the place where, in 2017, angry white van man ran down a group of muslims on the pavement. What remains of Campbell Road / Whadcoat Street is a very short stump. The rest was completely obliterated during the development of   as a council estate after 1958.

I have his autobiography but it's in Maidstone at the moment. I'll check next time I'm down.

He grew up at 40 Fonthill Road, just next door to Whadcoat Street / Campbell Road.

No 40 is the white house in the Google Maps embed, below.

I read the book which is excellent. My Mother and her family all lived at 53, Campbell Road for many years in the 20s and 30s. I was rather hoping that No 53 might get a mention but no. The numbers all around them were mentioned. The road carried such a stigma that if you gave it as your address when trying for a job you were inevitably rejected. My Mother strangely never referred to her time there, perhaps she just wanted to forget. My cousin used to visit them there and said it was very grim with plaster coming away from the walls etc.

Hi David My grandparents lived there Nannie Carter died in 1951. My big brother said when they used to go there Grand dad would sit on one end of a railway sleeper and the other end was in the fire. My mum hated going there but did to take food and to make sure my Nan was alright.

There’s another book about the Bunk which I had the good fortune to find around the time I was reading Jerry White’s book, over 25 years ago. It’s called ‘Boysie’ the nickname of the author Tom McCarthy. While White’s book is a serious historical/ sociological study, McCarthy’s is a series of personal reminisces about growing up on the Bunk. As such, they complement each other wonderfully. A number of the same incidents are described in both books, but whereas White shows scrupulous concern to preserve the anonymity of the perpetrators of some dastardly deeds, McCarthy has no such qualms and happily names the innocent and guilty.

I wondered if McCarthy was one of White’s informants, thinking that perhaps White’s research prompted McCarthy to get his own stories into print. Apparently not, White mentions in the latest edition that they did not know each other. If you can find it, it’s a good read as a supplement to White’s.

Hi Sean,   Many thanks for letting me know about the Tom McCarthy book Boysie. I had  not previously heard of it. I have managed to track down a second hand copy on Amazon and I am waiting for it to be delivered. It was rather expensive for a second hand book but hopefully it will be worth it. I already have a copy of Whites book which I enjoyed. Thanks again Sean for alerting me to the existence of the book. Kind regards,   David.