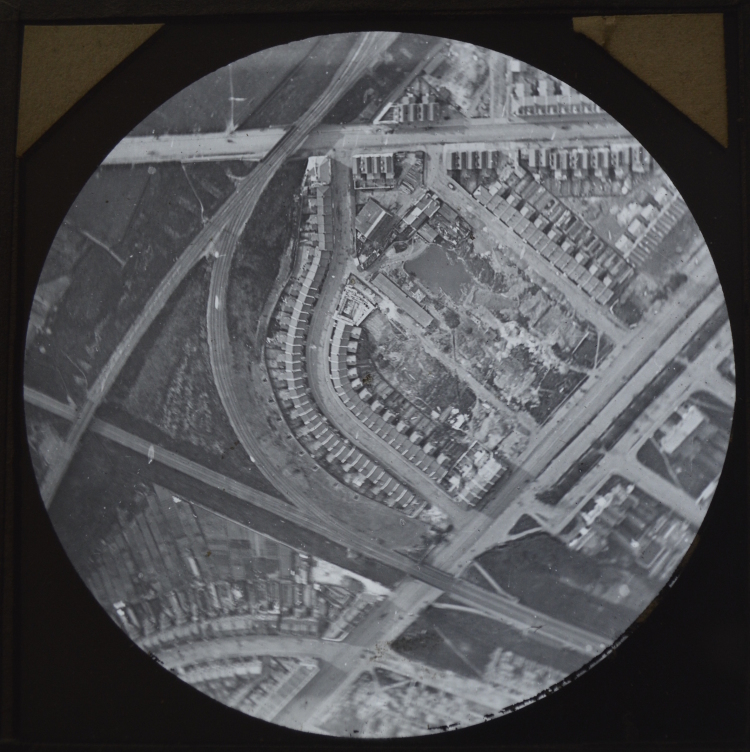 The earliest surviving aerial photo of Great Britain was taken over Stonebridge Road, South Tottenham, just near the present day Wickes. The photograph was taken by Cecil Victor Shadbolt from a hot air balloon on 29th May 1882. The image was described by Shadbolt as an ‘instantaneous map-photograph’. It was taken with a vertically-mounted camera at 2000ft from the balloon ‘Reliance’ which ascended from Alexandra Palace at 4pm on 29th May 1882, decending at 5.30pm at Ilford. He kept brief notes of the flight outlining his experience. He referred in his notes to an photograph of Stamford Hill. This is the photo above, what we think of today as South Tottenham. 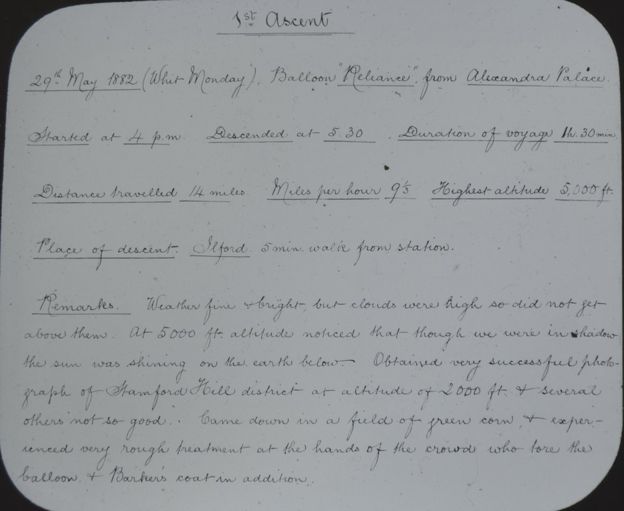 Cecil Victor Shadbolt was the son of photographic pioneer George Shadbolt who I've featured on the site before for his picture of the old Queen's Head in Harringay and his early photo from the hill where Alexandra Palace now stands. (And, as is usually the case when I come across anyone or anything slightly notable associated with Harringay, I added a short Wikipedia article about him).

All attempts to take aerial photographs of UK before Shadbolt the younger have either been lost or have not survived. Although the Tottenham photo was widely regarded as the world's first truly successful vertical photograph, the earliest known surviving aerial photograph anywhere is of Boston, USA, taken in 1860. It is perhaps surprising that no earlier ones than these of London or UK have so far surfaced, but they may be lurking in attics and archives waiting to be discovered.

There is an 1884 photograph of Shadbolt and his pilot 'Captain' Dale in his balloon on the ground with his camera clearly visible and attached to the basket. 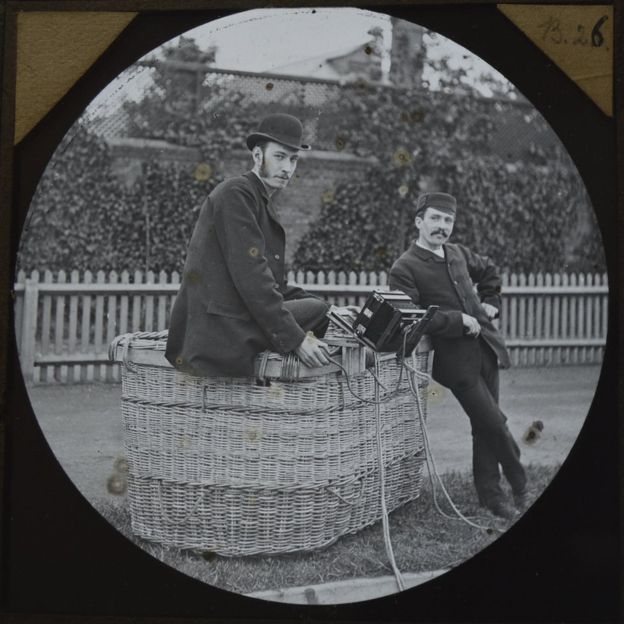 In the photograph below, the bowler hat-wearing Shadbolt is just visible in this photograph (bottom left), watching on as a grounded balloon is inflated. This looks like it might have been taken at the racecourse in Alexandra Park. The photographs end in 1892 when Shadbolt suffered an untimely death in a ballooning accident.

Many thanks to Jeremy Buck for tipping me the wink on this. We first got in contact when Jeremy was researching his wonderful book on Haringey's lost cinemas - copies available at the Big Green Bookshop!

The Shadbolt collection was acquired at auction last Autumn by English Heritage. The images above were sourced from their previous guardians and, since they are beyond the life of copyright they fall outside EH copyright.

Stonebridge, Highweek and Ipplepen Roads. The factory on the corner of Stonebridge and Seven Sisters Road was still in business at the beginning of the 70s.

I had schoolfriends who lived on all three of these roads.

Amazing! South Tottenham was then on the Tottenham & Hampstead Railway, managed by the Midland and Great Eastern Railways joint committee. The Tottenham & Forest Gate Railway would not open for another 6 years!