Bits of building found in the garden. Can you identify them?

Has anyone seen or can anyone place these two chunks found in the garden over the past few weeks?

Neither looks like anything from a Ladder house. Both look like an early form of moulded concrete.

The white chunk is covered with white ceramic.

The second chunk looks like it might have been part of a moulded door or window frame, again on an early concrete base, but this time faced in a red finish.

It's been suggested to me (thanks David) that the white item may be part of a sink. I think that has to be a strong possibility. 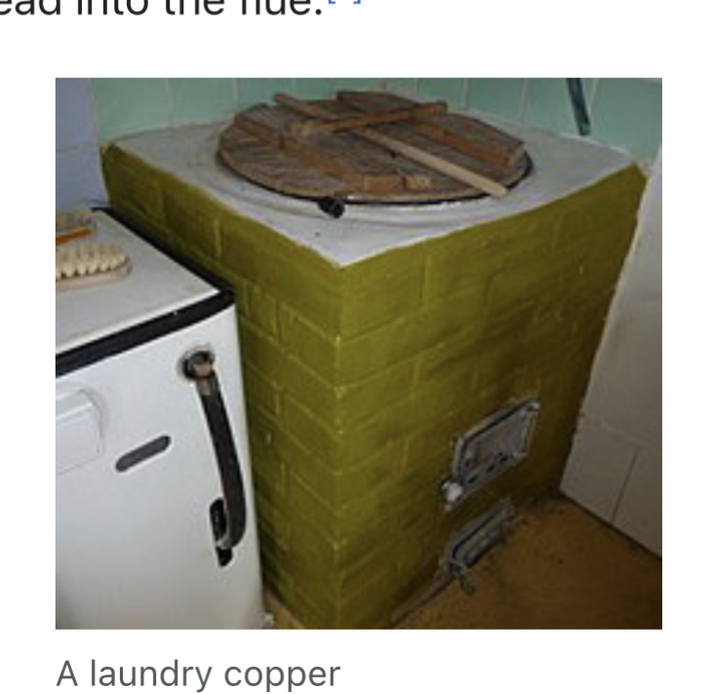 Could it be part of a ‘washing copper’ they used to have them in the scullery of the old ladder houses. I’ve found a photo on good old Wikipedia and the top is painted white. It seems they were gas heated. I remember the one my grandma had but by 1955 she wasn’t using it. Hers had a drainage tap, lower front. I lived in the same house as her: grandma and grandad downstairs, mum, dad and I upstairs.

To clarify: my grandma’s had no visible brickwork on the outside, only smooth concrete.

Thanks for the suggestion, Lydia.

Sounds and looks like a fair possibility to me Lydia.   And a fair assumption that the white surface was a water barrier ?    The piece with number 12 on.........is that sooted over ?  Could be a firebrick of some sort ?   Interesting finds Hugh.

Air raid shelter? Not a typical Anderson, but someone might have been creative about it. Although I think the laundry copper is more likely.