Anyone interested in local history, Lotus Cars or F1 may wish to know about another planning application to demolish the site where Lotus racing Cars began in Tottenham Lane in 1953  HGY/2015/3090   11 Tottenham Lane N8 9DP

I wish to state that I object to the application to demolish existing buildings on site at 11 Tottenham Lane N8 next to what was The Railway Hotel and the original home to Colin Chapman’s Lotus Motor Car Racing Company Factory.

This is most disappointing considering a very similar application, by the same person, was made earlier this year Haringey/2015/0311, to which 57 people objected and the Planning Committee rejected

In 1984, with the agreement of Haringey Council, Club Lotus erected a memorial plaque on one of the original Lotus office buildings.

In 2004 Haringey Council added 7 Tottenham Lane to its Register of Local Listed Buildings.

Yet on the application, by a person in Yorkshire, with seemingly no local connection, interest or knowledge to demolish many buildings on this historic site (now Jewson’s Builders yard) seems to make no mention of Colin Chapman, Lotus cars, listed building status or the plaque.

No mention is made of plans to even relocate the plaque.

I am very concerned that yet again one of Hornsey’s remaining buildings of historic interest and importance will disappear with the collusion of Haringey Council’s Planning Department and Committee.

We have already seen our historic bathhouse frontage be demolished with no attempt by the council to protect it despite concerns by local residents.

I am particularly upset by the potential loss of this site as Hornsey Village - A Walk which I co-wrote was only published in August 2014 (by Hornsey Historical Society, of which I am a member) where the historic importance of the site was highlighted on page 21 as follows:-

This was originally The Railway Hotel, a country inn with a spacious tea garden, adjacent to Great Northern Railway, which opened in 1850, with Hornsey as the first station out of London. The Railway Hotel was later managed by the father of Colin Chapman who established the Lotus Engineering Company here in 1951 and developed Lotus sports cars. These motor racing, award-winning cars were built behind the pub until 1959 when the company moved to Cheshunt. A plaque commemorating Chapman and the Lotus Company is on the building to the right of the entrance to Jewson’s builders yard.

A photo of the plaque can be seen at http://colinchapmanmuseum.org.uk/

To find that one of the featured sites will be gone so soon after publication is shocking.

I wonder if this would be allowed to happen elsewhere in the borough other than Hornsey?

Is the council aware that this is a locally listed building?

Why has the owner not been made to refer to the listed status and the plaque in the application?

I hope the council do not permit such desecration of our historic past and lack of respect for Colin Chapman, a man of recognised national importance. 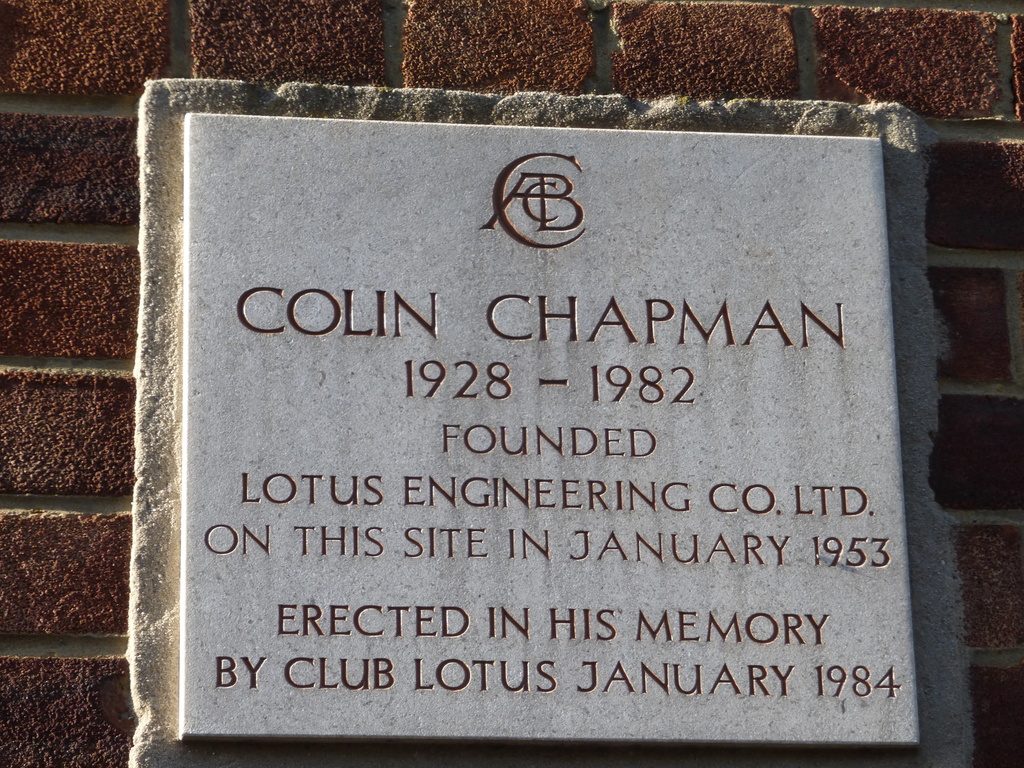 I strongly object to this planning application

It was his father-in-law that owned the pub ;)

Jewson are being cheeky again like they were with the 7.5t access only infringements they felt entitled to make on Cavendish Rd. Are they the only shop around here that closes at 5 every day and 12 on Saturdays? Perhaps we should encourage the Dogtas people to go into the building trade?

It appears they are no longer applying to demolish the buildings and instead plan to re-purpose them.