Sainsbury's has been in Wood Green since 1904*. It's been in three different locations and had changed quite a bit over that period. This article tells the store's Wood Green Story through a series of pictures, courtesy of the Sainsbury archive supplemented by other research courtesy of yours truly.

Fig. 1: Kelly's directories, showing Sainsbury's first premises with the former tenant, the first mention of the store at 61-63 High Road  in 1904 and the 1938expansion intonumber 59.

As the Kelly's entries show, Sainsbury's took over over Barton's provision store. The company's archive photos suggest that number 59 was acquired in 1933 (see Fig. 5 below). The fact that the Kelly's edition of that year didn't show this suggests that the acquisition was either made very late in 1932 or early in 1933. Sainsbury's remained at these premises until 1973. 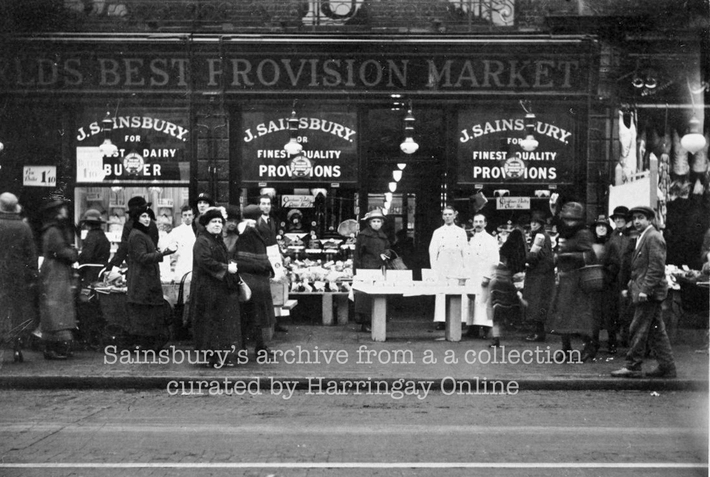 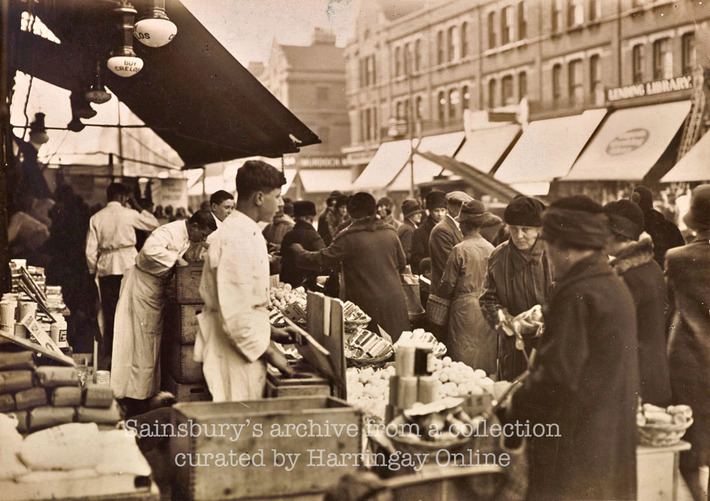 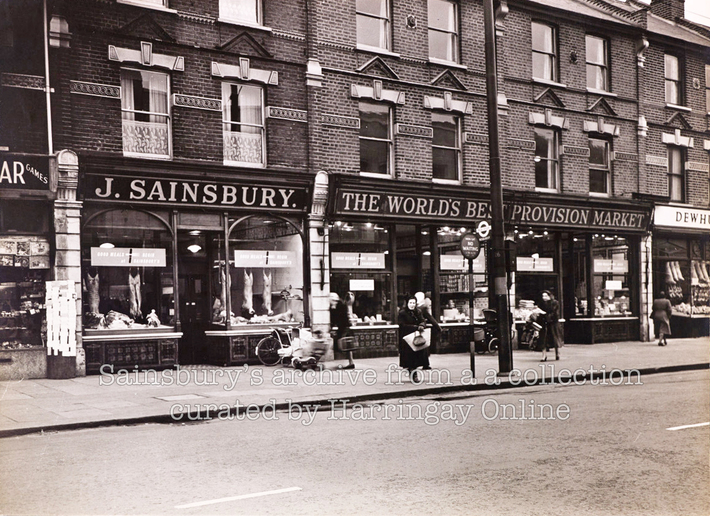 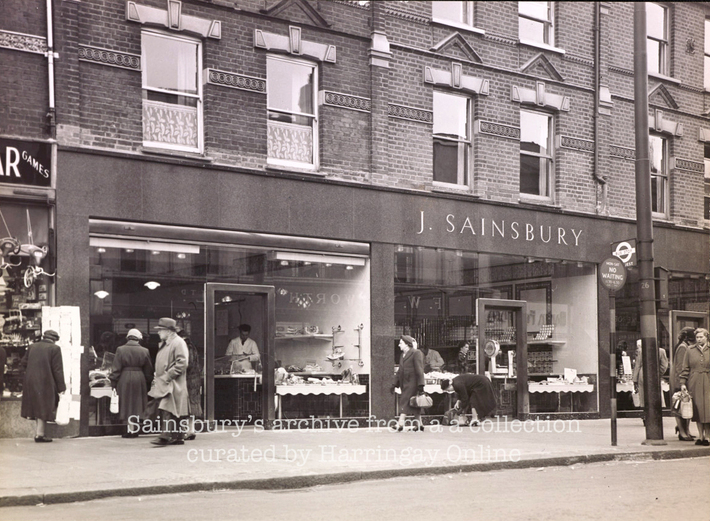 The following images show the store interior following the change - a fascinating hybrid of new and old. 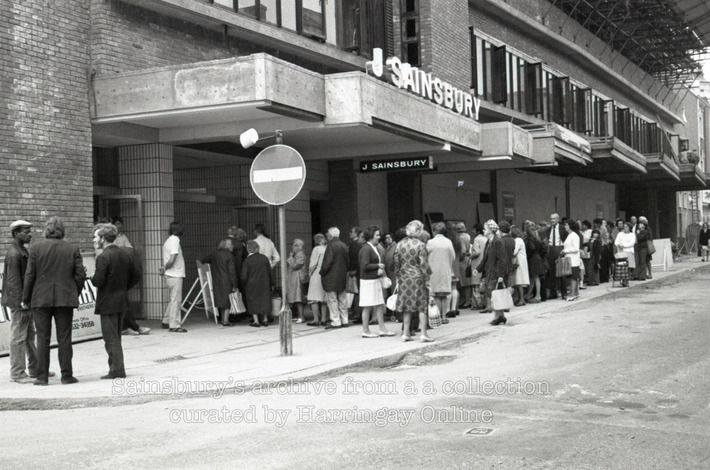 The article below puts the new store in the context of a changing Wood Green and highlights Sainsbury's role in the changes.

* Sainsbury's first appeared in the 1904 edition of the Kelly's Directory, but in May 1963, Sainsbury's staff magazine, JS, said that the store had opened in 1906.

I have fond childhood memories of that “half and half”  Sainsburys in the 60s. I still remember the smell of the cheese counter and watching in fascination as cheese portions were skillfully  cut from the huge blocks by the lethal-looking cheese wire.

A super collection of shopfronts and interiors. Mum always said that the service in Sainsburys was always good.

The smell in grocery shops was always mouth-watering. The sight of the nice big blocks of cheese and cutting off a piece with the wire was good to watch. The ham or bacon slicer was quite exciting.

The complication of the ration books and the coupons was beyond a little lad!

We had no fridge so shopping trips were frequent. Going shopping with my mum in the late 40’s was sometimes a chore – shopping baskets and having to carry the fragile brown paper carrier bags with string handles, agony.

But the activity in some shops was fascinating. The fishmonger in Green Lanes had an overhead wire system that connected to the cash desk. He’d unscrew the wooden cup, put in the coins, attach the cup again, pull a chord and the cup flew across the shop to the cash desk. Any change came back the same way. The wriggling live eels scared the daylights out of me!

Oh I remember it well! We used the shop from 1946 but I mostly recall the changeover. The demarcation was quite simple - if it came in a jar, can or packed it was self service; if not it was served to you. There were exceptions, like foreign cheese   for which my mother thought the reason was they did not trust the  British housewife to know what she was buying!

The joy of those days was the smells - bacon and ham at one end, tea and coffee mat the other with biscuit aromas in between! We spoilt all that for ourselves by then going round the corner to Jack Sleigh's horsemeat stall to get food for the dogs! That really was not a good smell- fresh and even worse boiling on the hob!

Great series of photos highlighting the architectural demise of our High Streets.  And some fascinating recollections too.