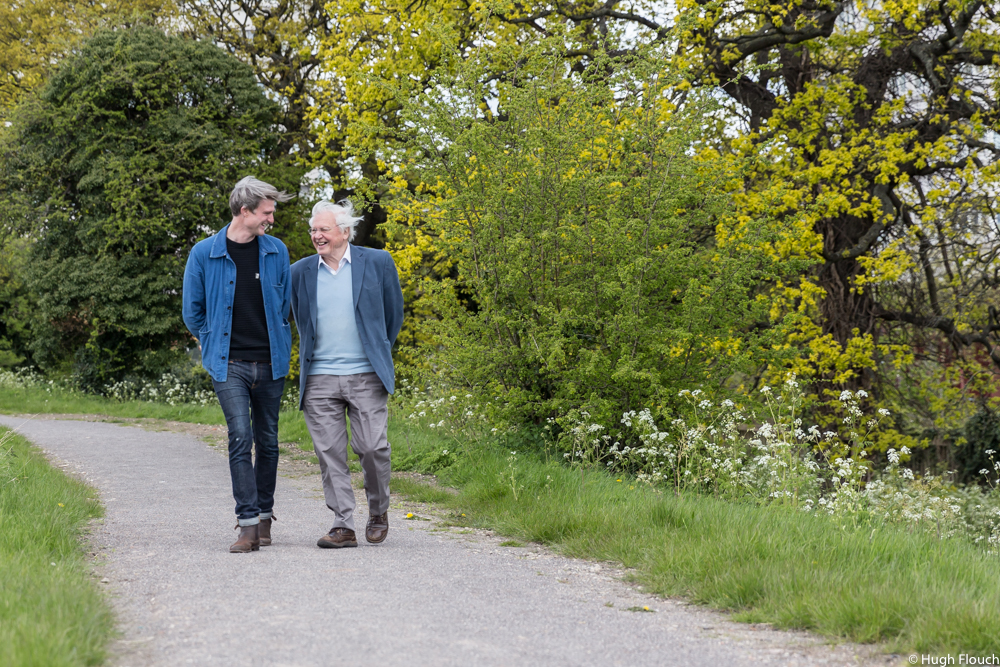 Woodberry Wetlands, managed by London Wildlife Trust, is an 11-hectare site between Harringay and Stoke Newington.

Today Sir David Attenborough joined London Wildlife Trust staff and volunteers on the press day mark the opening of the reservoir to the public for the first time in 200 years.

Attenborough commented "There's an awful lot of people, in the cities and elsewhere, who live in a world of concrete and asphalt and brick and glass. So all this a huge, huge benefit"

Sir David said access to the natural world was a "birthright" and should not be regarded as a luxury. 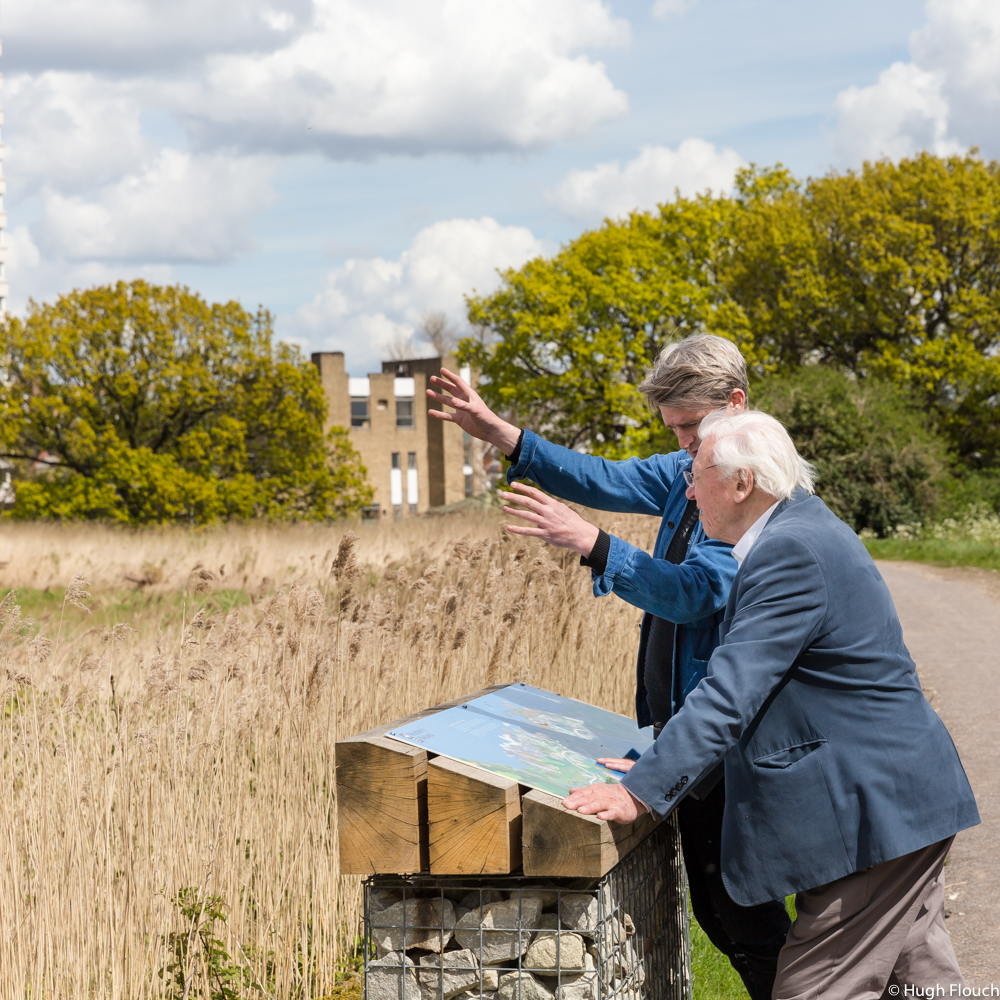 Sir David learning about the Wetlands from the Trust's David Mooney

The new wetlands reserve is based in and around the early 19th Century east reservoir. Both it and the New River which feeds it are still owned by Thames Water and are a part of London's daily water supply. 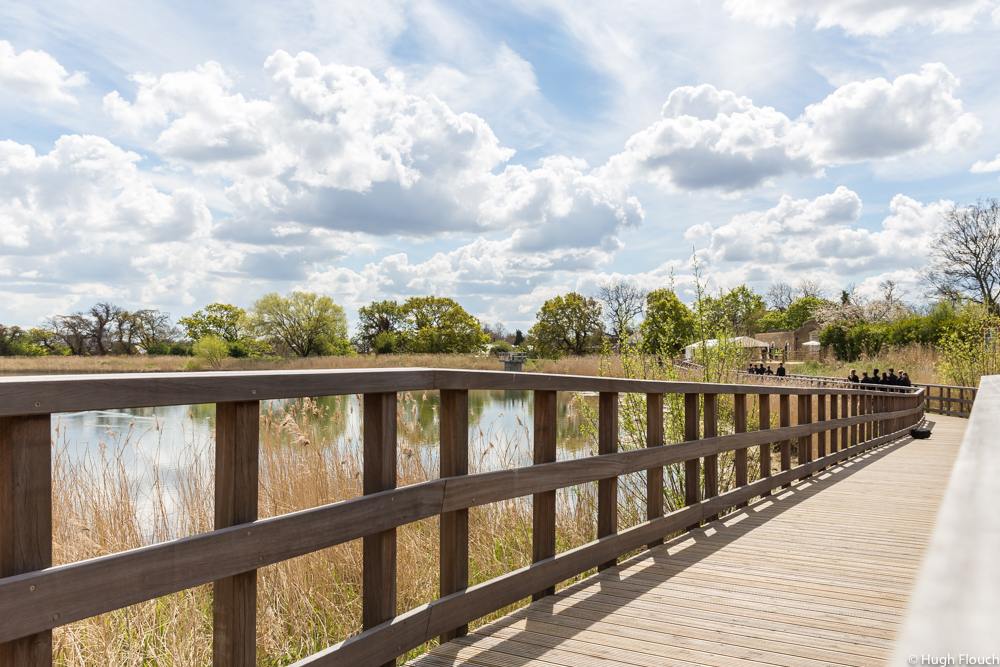 London Wildlife Trust said the site had more than 13,000sq metres of reed bed and 550sq metres of hedgerow, wildflower meadows and fruit trees to attract birds, bees, butterflies and other insects. 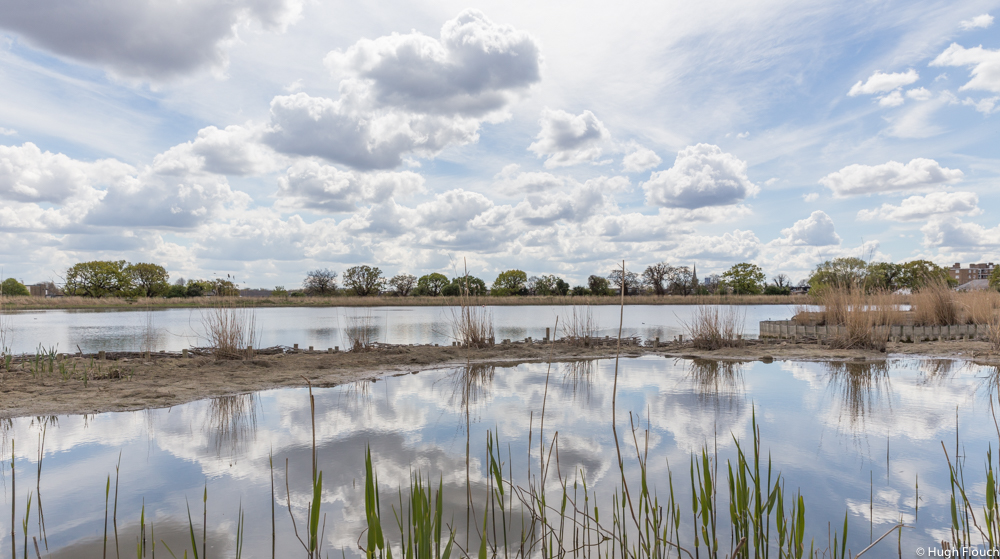 View across the Wetlands 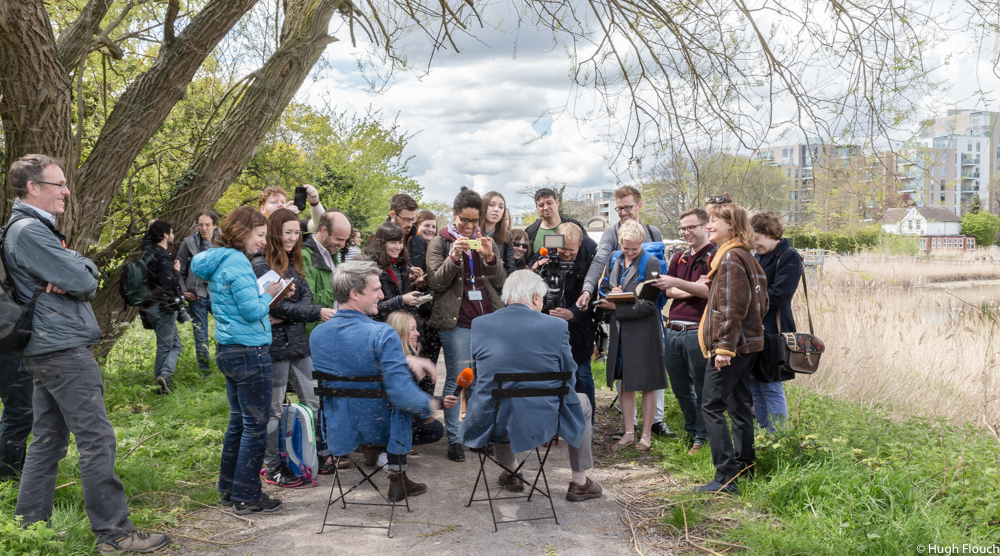 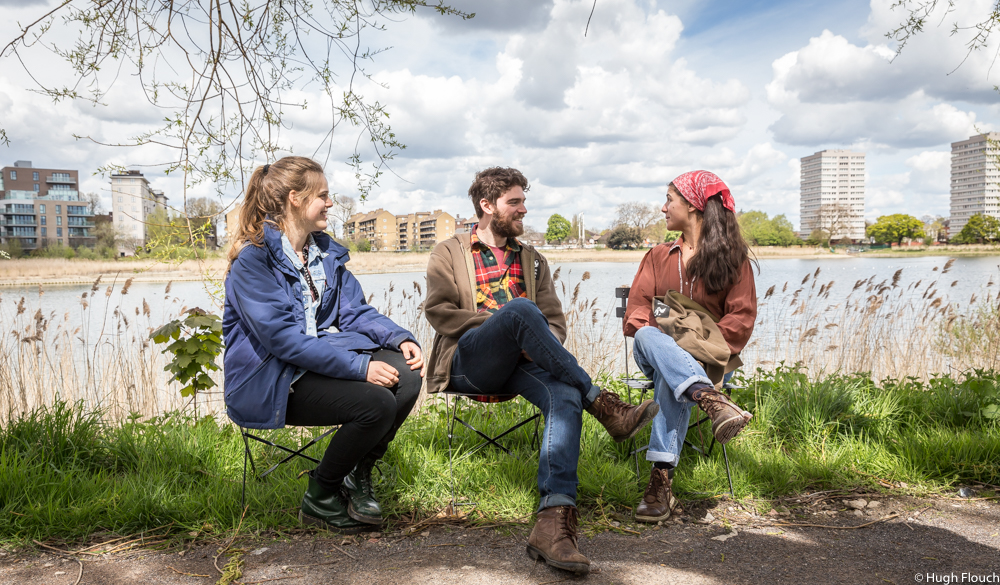 Some Trust volunteers take a few moments away from the hubub 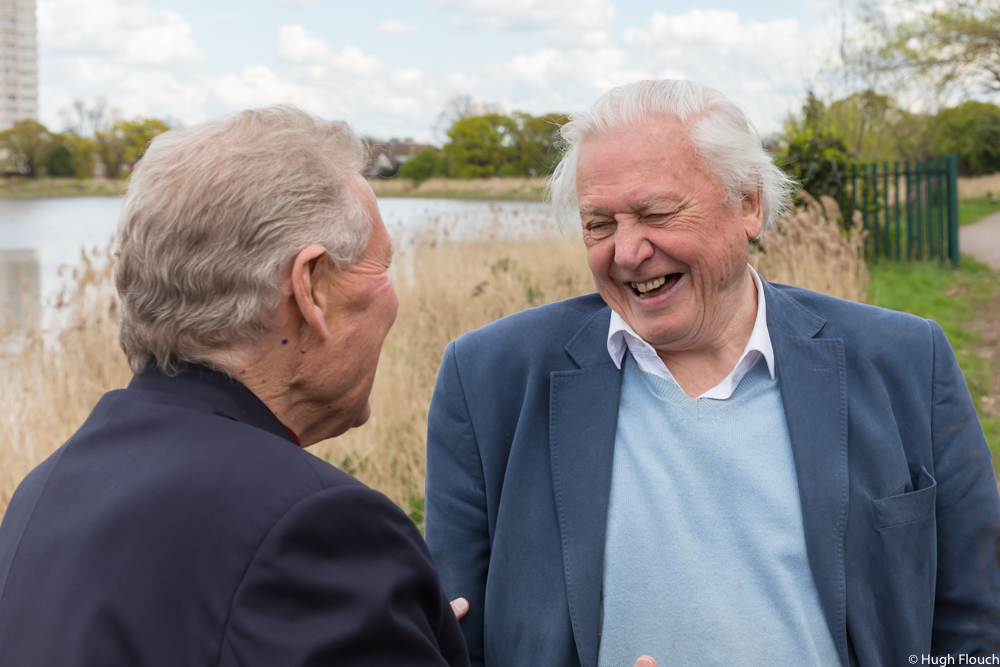 Sir David shares a joke with a local resident 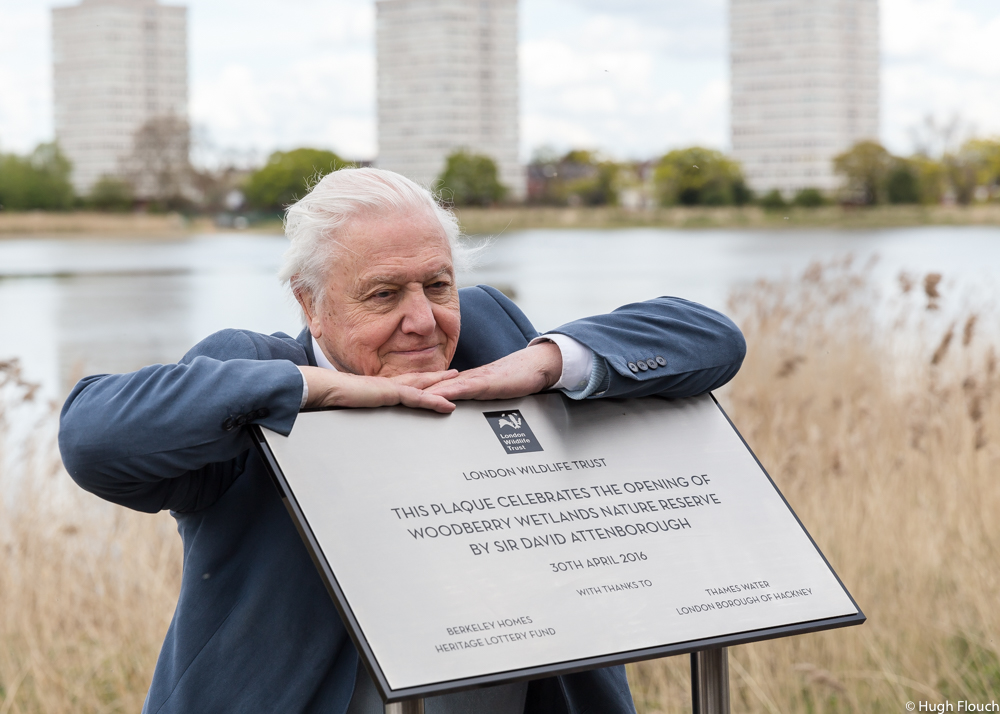 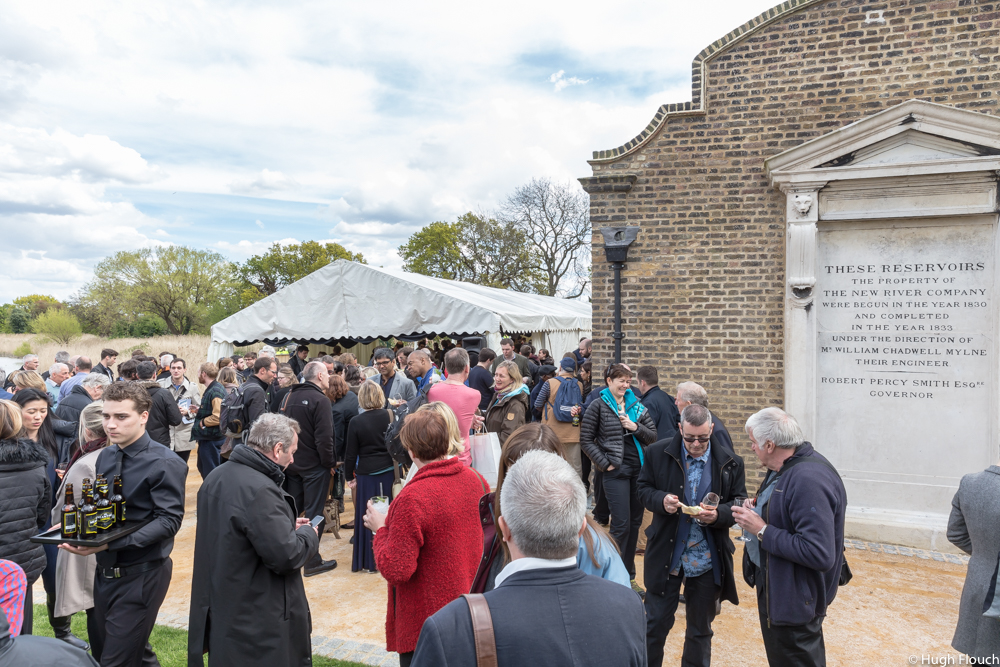 The Wetlands is open to the public both today and tomorrow. See our event listing for details.

Permalink Reply by Finsbury Park Ranger on April 30, 2016 at 23:47
The midges have historically been in abundance. My aunt said she went woodberry down school and she would fight to get through them on a certain road each day back in the seventies.

You can't get better than Sir David everything he touchs turns to gold. Great reportage Hugh

Hugh, many thanks for the report and the excellent photos. We're lucky to have such a wonderful amenity, almost on our doorstep.

Terrific photographic record of a milestone event - 'a picture (can) say more that a thousand ...'

Permalink Reply by Harringay 4eva on May 1, 2016 at 23:01
I also went to this event. It was a very emotional moment listening to a (nearly) 90 year old Sir Attenborough talking about the value of conserving nature for future generations & the significance of this reserve, whilst the Reed Warblers were singing in the background. There were many of us with tears in our eyes. It's well worth a visit.

Permalink Reply by Robert Pike on May 2, 2016 at 17:20
My wife and I took our newborn over yesterday and were blessed by the lovely sunshine which turned the reservoir into a great tranquil suntrap. The work they put in looks great and you can see that it will only evolve into a tremendously valuable landscape and wildlife haven for London. I can only hope that the ripple effect has positive benefits to the wider landscape areas. It makes sense for the rest of the New River to be cared for and make a positive landscape link to Finsbury Park.

Great pics Hugh. So great to have Attenborough on our patch.

Great pics! This afternoon, my wife and I took our two little 'uns, and my parents who were up for the day. Seems a very nice amenity, and when it's all bedded down it's going to be a very beautiful spot. Could do with a few more benches around the pathway though! One pity is that Thames Water didn't get the memo and do their bit by tidying up the New River Path leading up to the site.

I've already asked about benches and have been told that they will be placing more around the site in the coming weeks.

Yes, one of the staff (?) overheard a few people mentioning it, and interjected to say that it was her most received feedback of the day (other than general praise)!

They're traditionally had a problem with alcoholics congregating around benches which is really unpleasant for those on the 2nd floor who are effectively denied the amenity of their balconies on sunny days. Sounds like they've solved that problem, I wonder how?

Permalink Reply by Edward Constable on May 6, 2016 at 3:33
All the Years I used to knock around the Woodberry Downs, I never knew there was that much area covered with Water. What a Lovely place to take a young Family. All that Nature within the Harringay Area. Good luck to those who look after it. Eddie C. Ozzie