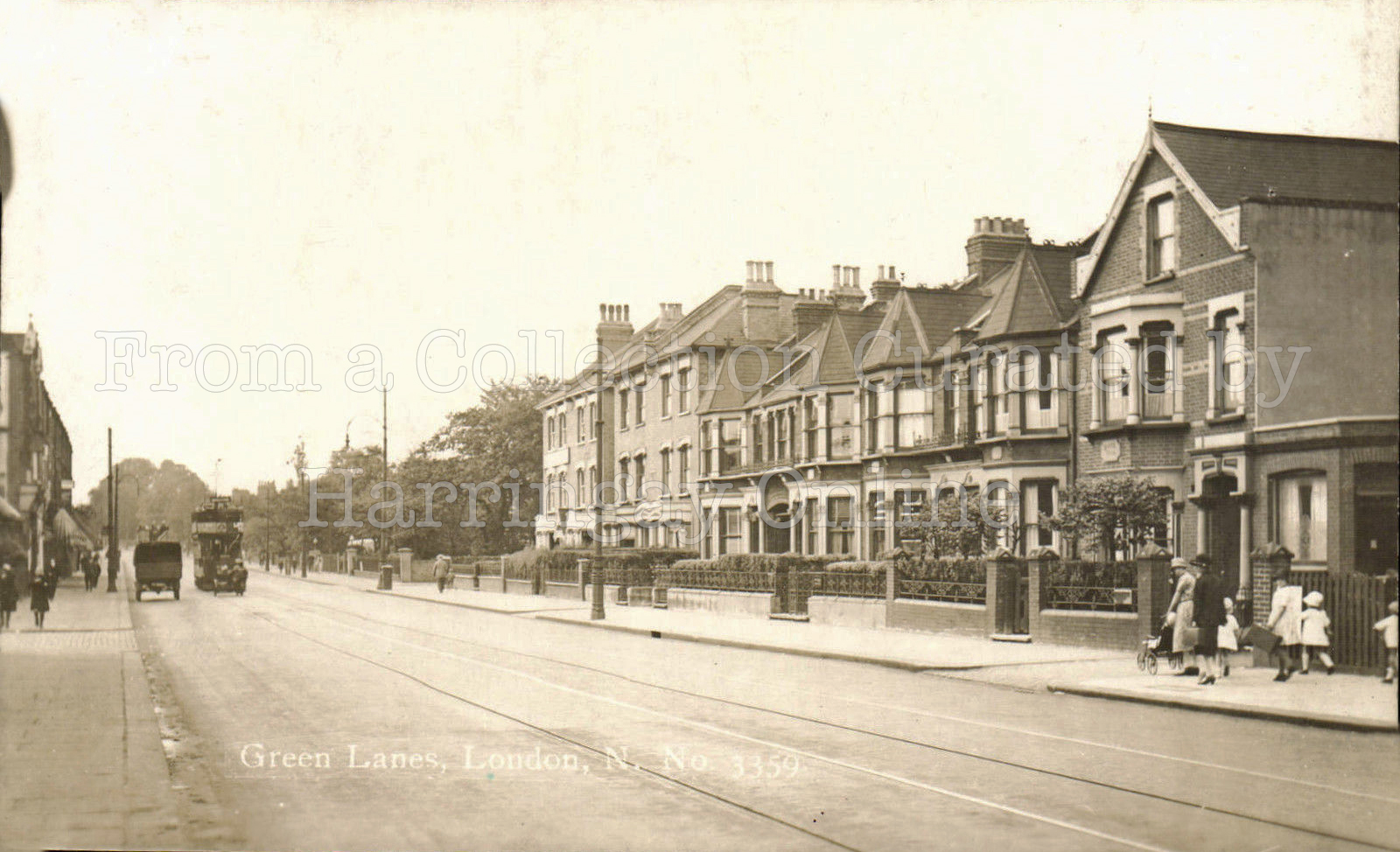 Looking north towards the Hawes & Curtis site (behind the trees) c1920

I don't have a detailed history of the Hawes & Curtis site. But here's what I've been able to piece together.

The first record I can find of the land is when it was sold in 1881 to one Charles Cleverly Paine* by an Isaac Edmondson**. (In the same year Edmonson sold the neighbouring plot on which was built 600 and 602, the former of which became the Langham Working Men's Club in 1910.)

However, the plot already contained two pairs of early Victorian semi-detached villas 590/592 and 596/598 which are shown on the 1869 Ordnance Survey map. The plot between them was empty. I am assuming that Cleverley had plans for the central plot. But whatever his plans, it seems that they may not have been realised for quite some years.

The first building on the centre plot was a single storey building that opened as C R Laundry in November 1901. It was given the address of 594 Green Lanes. Other newspaper reports show the company acquiring land for development in other parts of London, including Finchley, at around the same time.

The advert below was published in 1901, in their launch month. The picture of the laundry suggests that the building demolished last year may well have been the second building on the site, or at least a development of the first one shown in the picture below (double-click it to enlarge). I love the wee 'garden gate' at the entrance. Behind the laundry, you can see the roofs of the houses on Harringay Road.

Attached in a comment below as pdfs is a report on the opening of the laundry from the London North Middlesex Standard and Tottenham And Wood Green Echo of November 8, 1901. Also attached is a reprt from 1903 about a visit by Islington Council. 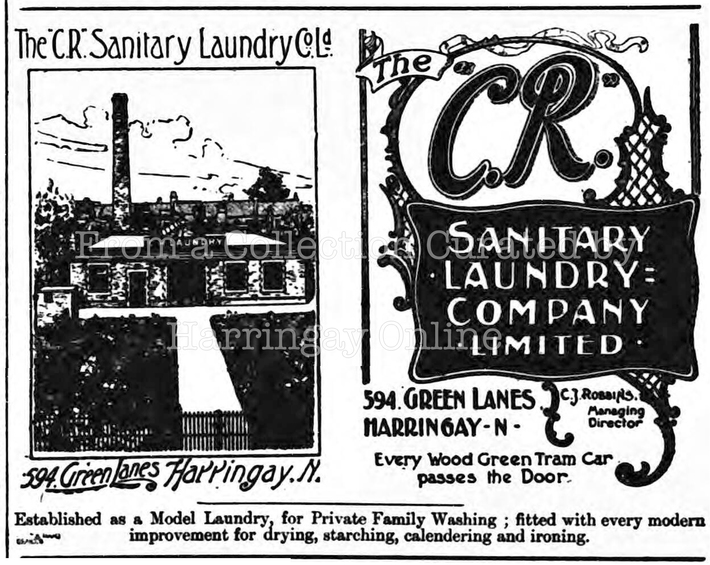 In that same year, the company was self-confident enough to be sponsoring a challenge cup: 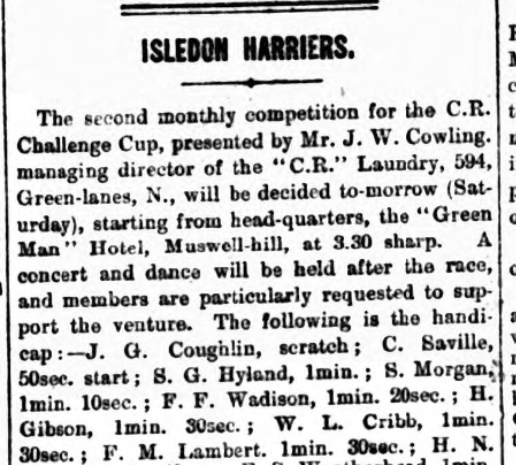 One can imagine that the work was quite demanding as this 1908 advert shows.

(Attached in a comment below is a record of a visit to the Laundry by Islington Council).

The London Gazette records the dissolution of C R Laundry in 1917. Then, from an advert for  a 'Motor Driver' in a 1917 edition of Autocar Magazine, we know that the business had started operating as The Oakwood Laundry by that year. 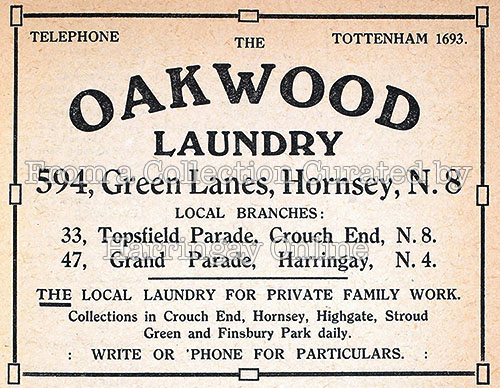 In 1921, the Oakwood Laundry was listed in the handbook of the National Federation of Launderers. We also know that it was there in 1934 because in that year, the laundry was one of the signatories to a covenant giving London Underground a right of way to its soon-to-be-built air shaft building.

The last occupants were recorded at 590 and 592 in 1929. The houses were demolished soon after. By 1932 the London Underground air shaft had been constructed and the new tube line was up and running.

I'm not sure of the exact date, that the laundry moved out, but we know that it was still there as late as 1966 because the land was registered in that year in the name of Oakwood Laundry by the Times Laundry Company (The London Gazette, 1st March 1966).

HoL member John Shulver added a comment on one of our collection of photos with a few recollections about the laundry site:

In the 1950s, the Oakwood Laundry site was allowed to grow wild, I also remember it being used as a coal dump for laundry boiler fuel. Also within that site, known to us as 'The Coals', was a large air raid shelter. Colina Mews was known to us as 'The Lucky.' I never knew why.

'The Lucky' and 'The Coals' were our playground paradise during my youth of 1950/62.  Wonderful memories. Mum and Dad worked at that laundry at some time.

After Oakwood, the next occupant I can find was BDC.

The company was formed in 1956 or 1957 as the British Distrubting Company. Originally, they operated out out of 591 Green Lanes (on the opposite side of the road).*** . They moved across to 594 in 1976 or 1977. It is possible that they bought and developed the entire site prior to occupying. This would give a date during the early/mid 1970's for the demolition of 596 and 598 Green Lanes and the building of the 20th century building on the north eastern part of the plot. This snippet from the Electrical Review in 1978**** suggests that it may have been built as an 'exhibition centre':

The last permanent occupant was Hawes & Curtis who moved in 2011. 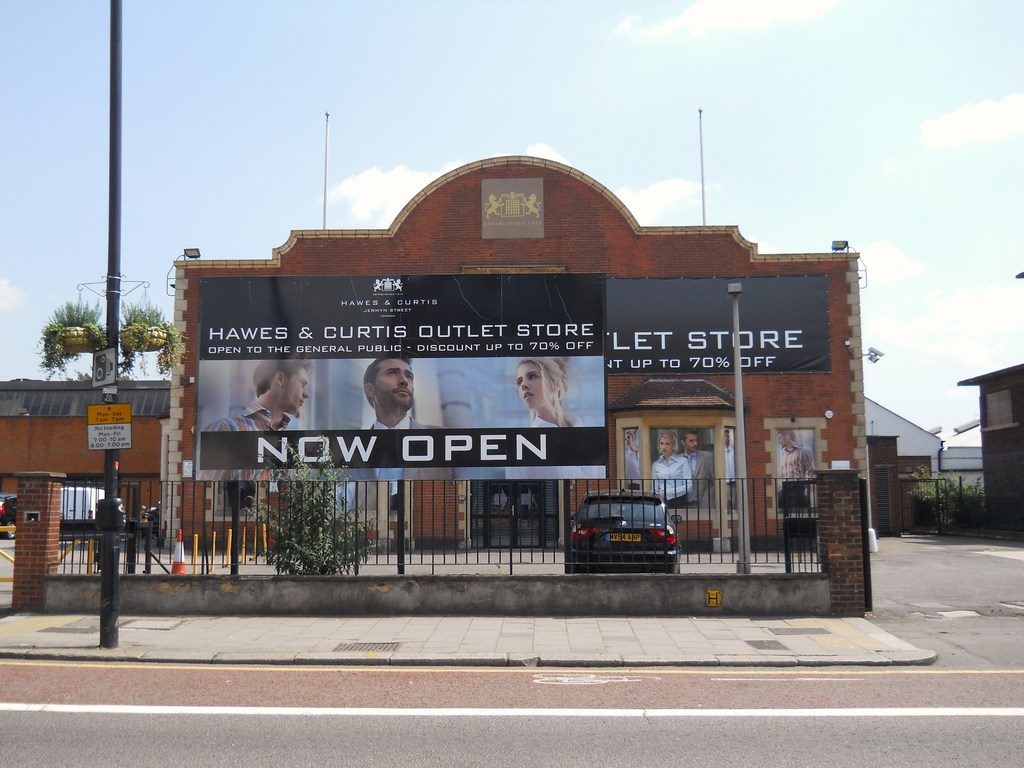 The tree that was illegally felled in 2009 under BDC's watch would have been in the front garden of 598 (See Google Maps 2008).

Prior to that it seems that a storage company called Millioner was operating out of the premises. 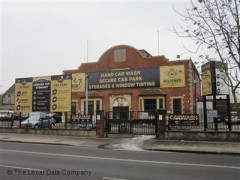 The final 'meanwhile' tenant operated a high value car storage business from the premises and for a while the southern part of the plot was used as a car wash. A company called Leon Selective Cars was also selling cars from the address during this period. 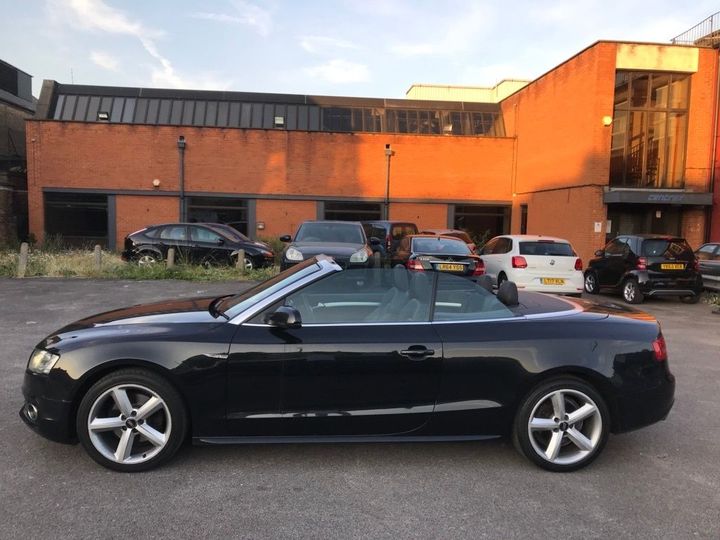 Picture from an advert from Autotrader, showing the Seventies development in the northern part of the plot, next to the old laundry building

When I first wrote this piece I was unable to find out much about the occupants of the Victorian semis 590/92 and 596/98 (but, see addendum below).  I originally only found few records from the National Archives and one newspaper obit.

The National Archives records the case of a taxi driver appealing against a military draft in 1915 (case attached):

D: On the ground that serious hardship would ensue if the man were called up for Army service, owing to his exceptional financial or business obligations or domestic position.

E: On the ground of ill-health or infirmity.

Next door at 596, two occupants sought to register as conscientious objectors. Both applications were refused (cases attached):

F: On the ground of a conscientious objection to the undertaking of combatant service.

In 1929 there is a record of the death of a doctor who lived at 592 (on of the houses replaced by the underground air shaft a few years later):

Addendum: Since I originally wrote this piece I have been able to find out a reasonable amount about the Victorian houses and their occupants. I will share this elsewhere.

*Paine  was a builder who lived in the very respectable sounding Cedar House on Stamford Hill near the Junction with Amhurst Road. Uncannily like John Cathles Hill, the builder of the Salisbury, Paine was an immigrant to London who had arrived also as a penniless young carpenter. By all accounts he also made his way rather well. By 1901 he was leasing an eighteenth century stuccoed house on Haverstock Hill where he lived with his family. (The story of Paine's early months in London are told through the publication of his diaries and Letters in A South Devon Carpenter in Victorian London: The Diary of Charles C....)

**Isaac Edmonson was probably the builder whose son James became known as the "Highbury Builder".

***BDC's precise business during their earliest years is difficult to determine and it may well be that they flexed as they found their feet. Their phone directory listing for 1957 describes them as "Plastic Moulders, Fabricators". by 1960, it's "Salvage Merchants". However, a 1957 copy of Wireless World cites a leaflet by the company about a crustal wireless set. So it sounds like they were already exploring the electrical business that became their primary focus. From 1960 to 1970, they list themselves as 'Radio Wholesalers'. It is only in 1971 they start appearing as 'Electrical Wholesalers'.

- Wise's Laundry, Colina Road (The listing below is from the 1955 London phone directory).

There was also a receiving office for the Silverdale Laundry, almost opposite Oakwood Laundry.  There were also a some of smaller lanusdries, including one just south of The Beaconsfield. The following is from the Tottenham and Edmonton Weekly Herald, 14th May 1909.

Thanks Hugh. I’ve always wondered what the building was originally.

I now have a title for my photos.

Thanks Hugh,  great bit of archive,

I guess it's my obituary to a Harringay landmark.

A tiny bit more information from the 1939 Register  (the information was used to produce identity cards and, once rationing was introduced in January 1940, to issue ration books. Information in the Register was also used to administer conscription and the direction of labour, and to monitor and control the movement of the population caused by military mobilisation and mass evacuation)

Thanks Angela. I wonder if the laundry bought 596 to house key staff.

The following has been posted by Richard Woods on a thread about the new buildings:

In the 50s we used to play roller hockey on the forecourt of Oakwood. We waited to be turfed off but it never happened. Years later I met someone who knew the boss - apparently he said he didn't mind - better than tearing round the streets! Wonder what he would make of the street line of the development!

Attached below are two newspaper report:

1.Report on the opening of the laundry from the London North Middlesex Standard And Tottenham And Wood Green Echo of November 8, 1901.

2. Report of a visit to the Laundry by Islington Council in 1903.

Updated with a memory from John Shulver (under the Oakwood Laundry advert).

Both applied for exemption from combat on the grounds of conscience as Christians. They were supported together with two other conscientious objectors by Pastor A E Saxby https://hfwwpf.wordpress.com/2018/11/22/pastor-saxby/a Baptist minister who also lived at the Green Lanes address.

Indeed Joanna. 596 Green Lanes (formerly 6 Harringay Villas) was run as a Harringay School from 1885 till 1909. It had up to five boys boarding there. From 1910 to 1913, adverts in the press show it as Harringay Music Studio. From January 1913, adverts started appearing at the address for Harringay Commercial School catering for both day and boarding pupils. I wonder if that was a church school, because from 1910, Rev David Davis is recorded living at the address. (He may have been renting a room or flat, I suppose.)

Pastor Saxby arrived in Harringay in 1909 to take on the Baptist church at 97 Duckett Road. He lived at 66 Burgoyne. In 1915, he took on 596 Green Lanes , living in the premises. The other residents were young men. I have always assumed it was a training college for young men in training to join the Presbyterian ministry. From 1932, it was taken on by Oakwood Laundry who used it to house their engineer.

Thanks for that interesting information. Our group had some details of Pastor Saxby's addresses but were not able to find out much more about him. We were interested that he, almost alone apart from Quaker leaders, amongst religious figures locally in the area that is today's Haringey supported COs. The well-known exception was of course Reverend Richard Roberts minister at the since demolished Presbyterian Holly Park Church on Crouch Hill who resigned in 1915. He chaired the founding conference of the Fellowship of Reconciliation (still existing today) to become that organisation's first secretary. Anyone interested in a walk which from Finsbury Park to the Salisbury which passes by addresses where some of Haringey's CO's lived might be interested to look at: https://conscientiousobjectionremembered.wordpress.com/peace-walks/