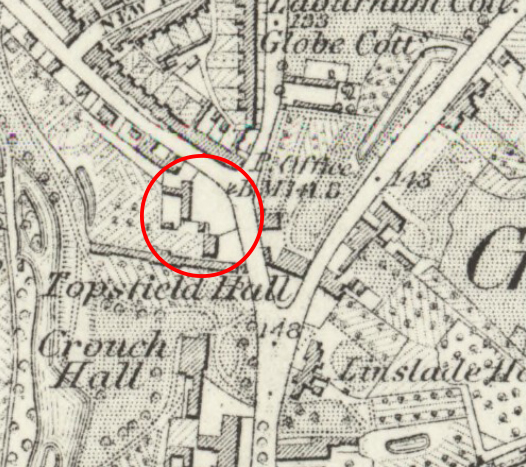 Crouch End School shown on the 1869 Ordnance Survey Map. By 1869 its address was Park Road,
but from 1500 (or perhaps earlier) until 1856, the road was called Maynard Street. 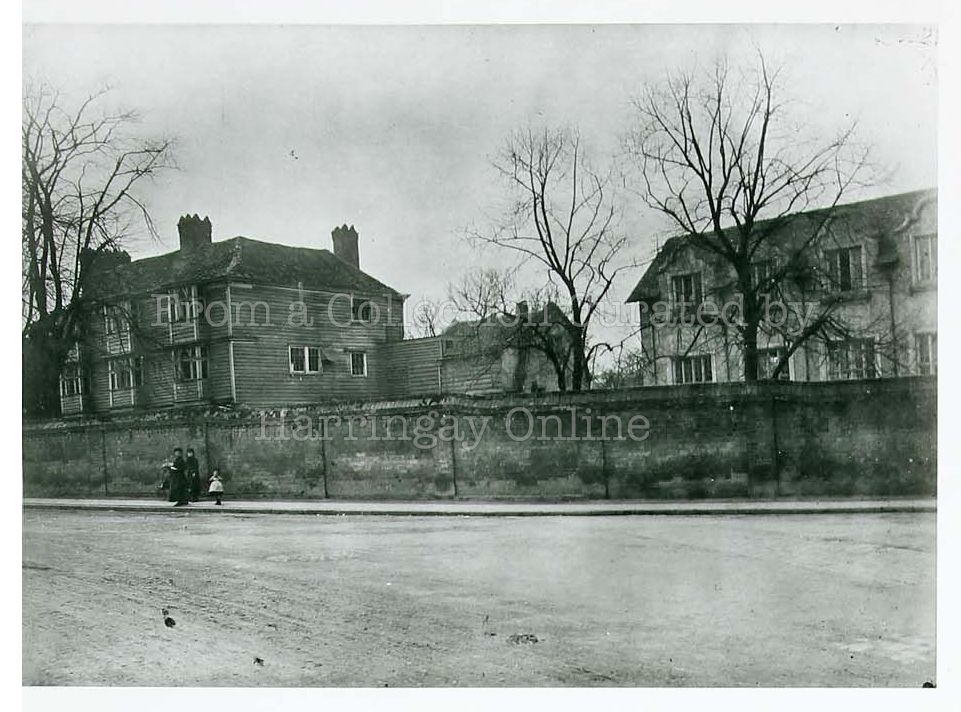 Crouch End School, Park Road (Exact date unknown). i assume it was taken from the end of Middle Lane. 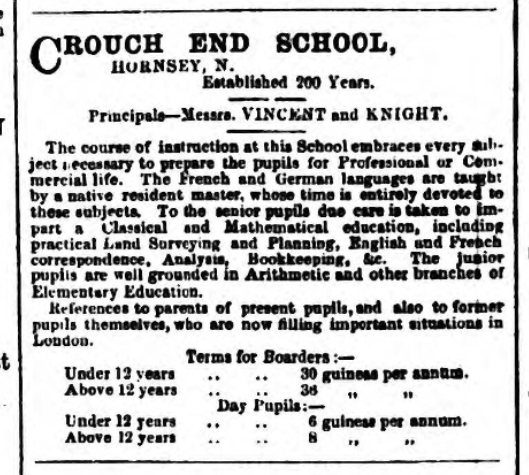 The following information is provided in Victoria County History:

The school presumably opened when John Yeo of Hornsey, who kept several boarders, was licensed to teach in 1686. In 1741 Jane Lovell, schoolmistress, left John Lee, apparently her assistant, the lease of property where the school was held.

The last principal, T. Knight, moved with some pupils to Fairfield, Tottenham Lane, which was sold with the Topsfield estate in 1894, and then to the Chestnuts in Middle Lane, later replaced by Chestnut Court.

The original school building, with its playground on the corner of Park Road and Crouch End Broadway, was described as in the Elizabethan style in 1844; the three-storeyed, weatherboarded house then stood east of a later, two-storeyed school block, with Dutch gables. The buildings had changed little by 1882, shortly before their demolition.

This photo shows the row of shop houses built along Park Road after the school was pulled down. 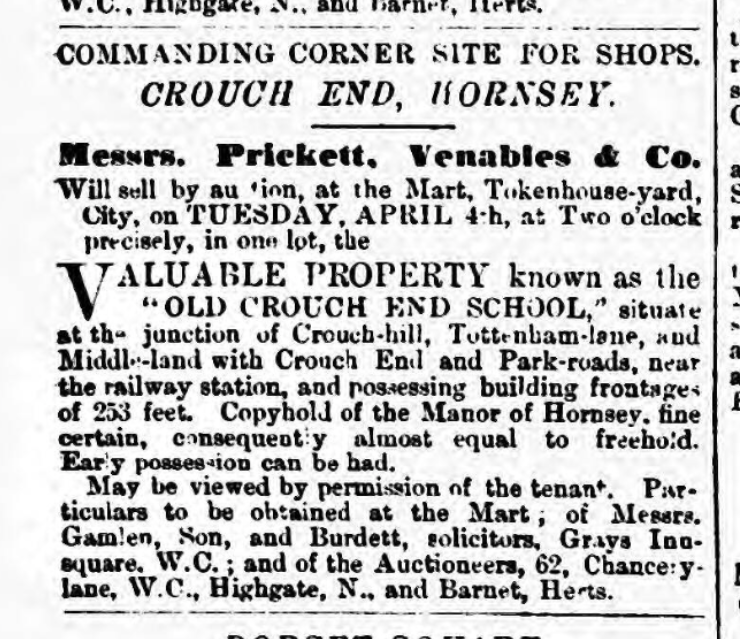 Advert for sale of School in the Barnet Press, April 1882 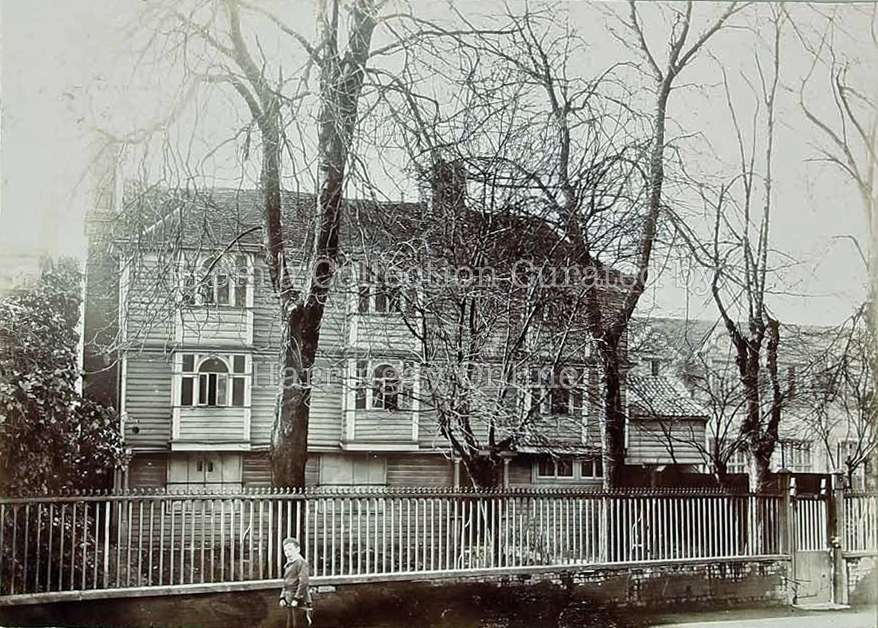 Front of old school building. Note that in place of the wall in front of the school in the previous picture there is a fence. 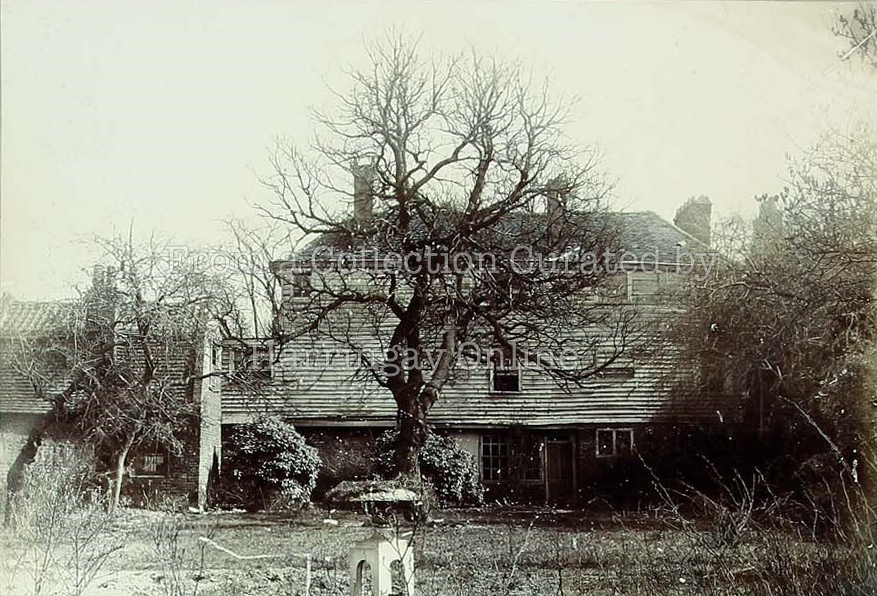 Back of old school building.