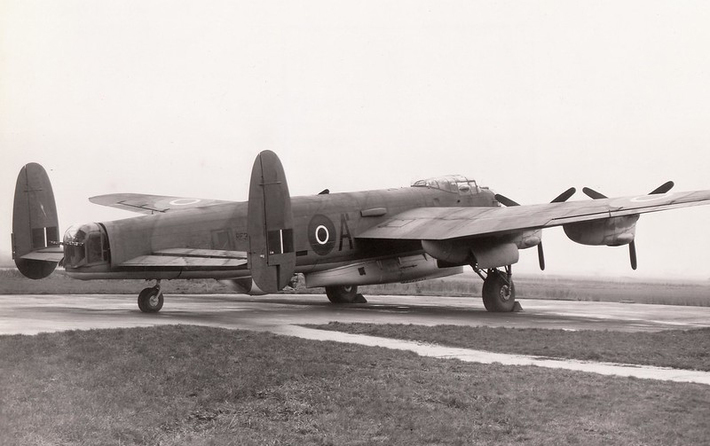 An appeal has been launched by a group in Belgium who are wanting to put up a memorial to the crew of a Lancaster Bomber that crashed in Belgium 1944.

The navigator on that flight was related to Deborah Hedgecock the Curator of Bruce Castle Museum; Howard Hedgecock survived the crash but was captured as a PoW. He survived the camps and came home, going on to get married and having a family. Sadly not all crew members survived – four died.

The Belgian village - near where the crash-site was - wish to set up the memorial to all the crew and have gone about tracking down photographs of the crew for the memorial.

Tracking down much about one of the crew is proving very difficult. Reginald Ivor Harvard Davies (known as Ivor), at one point lived with his family lived in Grand Parade on Green Lanes, Harringay.

It's a very long-shot, but does anyone know the family or even have a photograph of Ivor?.

Below is some background.

Reginald Ivor Havard Davies, (Service Number: 156998, RAFVR), was an air gunner. He and his fellow aircrew took off in Lancaster III ND745 of 115 Squadron, at 22:59 hours on 23 May 1944 from RAF Witchford in Cambridgeshire, for an operation against Dortmund in Germany.

After the mission, the homeward-bound aircraft was intercepted and shot down. The plane crashed in Zondereigen. Three crewmen bailed out, but were captured and became prisoners-of-war; the remaining four, including Ivor, perished in or just before the crash.

Prior to joining the RAF, Reginald Ivor Howard Davies was a CID Detective Sergeant with the Metropolitan Police (T Division, Hammersmith; warrant number 117663), which he joined on 4 June 1928.

I assume he was seconded from the Met to the RAF... It may be worth exploring further here

A quick Google search throws up a few contemporary Havard-Davies’s. It’s an unusual name. I’m sure the Belgian folk have gone down this route, but it might be worth checking. There is an actor :https://www.revolutiontalent.co.uk/writer-director-producers/gwilym..., a company director https://find-and-update.company-information.service.gov.uk/officers..., and a very elderly scientist! Nick

Thanks both. I've made sure that Deborah is aware of your comments.