Do Foxes Visit your Garden on Regular Basis?

I have one coming daytime and 2-3 coming every night.

Sometimes he (she?) just "hangs around" with my 4 cats in the garden, sunbathing with them which is hilarious to watch as they just totally accept the existence of the fox and are completely chilled, so is the fox.

Photo of my "daytime fox" below.

Do you have foxes visiting your garden? 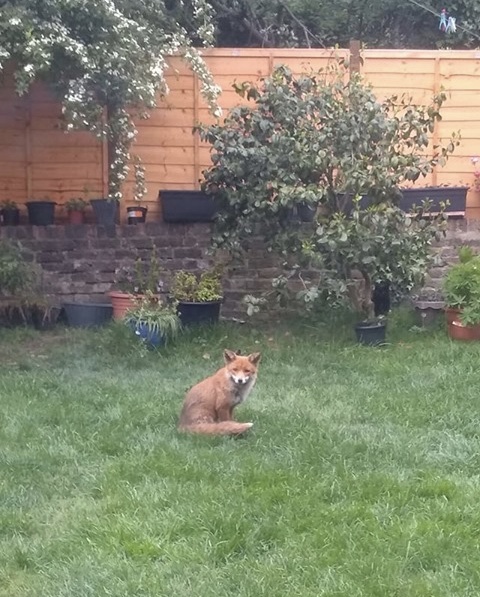 Even my dog is not overreacting: 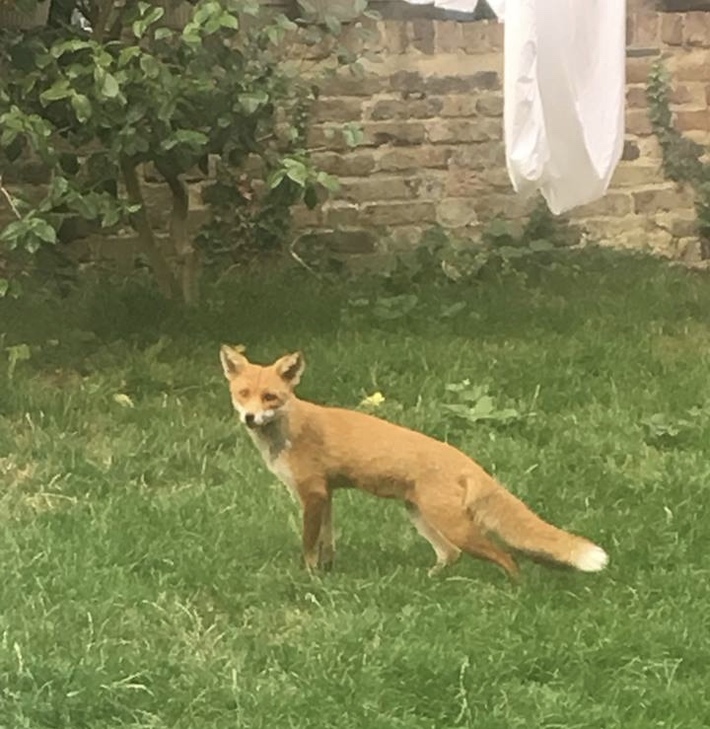 Yes, especially the cubs are really sweet. I may have sounded a bit harsh.

The other day we found a cub lying on our patio, but it was struggling to move as we approached, either with a leg injury or stunned from a fall.

So we got a shovel (I didn't fancy picking it up), scooped it up carefully, and dropped it gently behind among the leaves on the soil the shed, next to the aforementioned hole in the fence, hoping it would recover in a safer, shielded environemnt, or be rescued by a parent using that hole.

Anyway, when I checked  few hours later, it was no longer there, having either recovered or been rescued.

Do you have a number or website yoyu recommend?

That's great! Many thanks, Anka.

We have a den at the bottom of our garden, have had one for years. We've found the most effective way to keep them from being a nuisance is to just feed them. They really only attack cats when they're hungry - usually they just want to play with them (and they run away if the cat's hostile, which is the norm).

We give them cheap dog food every so often, sometimes cheap offal if it's on sale at the local supermarket, bones from leftovers, fish skins, and even meat that's gone off (they have very strong stomachs).

I get them as come out of St Marks Church Yard

Not helped by people throwing bags of food for them.

Fun watching Squirrels teasing them, as they run around top of Church Fence

Often get them digging up front Garden

Was waiting for Breakdown recovery in Lordship lane N22 , last Friday and watched a Fox come out of flats and walk up St Albans Crescent around 1640 with plenty of people around and busy road .

Advised a Neighbour several doors down has one in the bottom of her Garden , under bird feeders