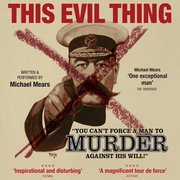 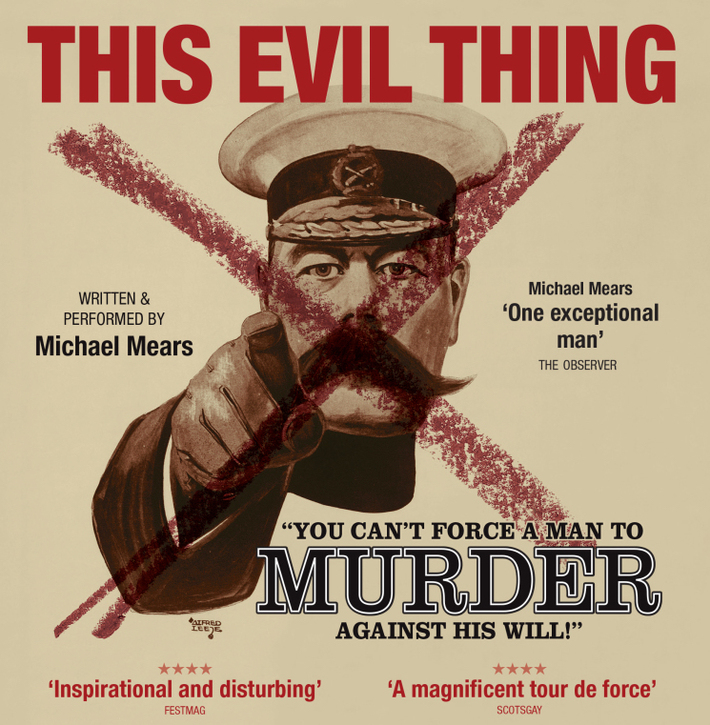 January 1916. Bertrand Russell is one of the greatest mathematicians of his time. Bert Brocklesby is a young schoolteacher and Methodist preacher. When military conscription is brought in, their worlds are turned upside down.

THIS EVIL THING is the compelling and inspiring story of the men who said no to war. From a chapel in Yorkshire to the House of Commons, from a cell in Richmond Castle to a firing squad in France, the questions raised here are as relevant and urgent as they were 100 years ago.

Michael Mears, ‘the award-winning master of the one-man show’ (The List) portrays conscientious objectors and a host of other characters with breath-taking physical and vocal dexterity, in this highly original piece of storytelling – partly using verbatim testimonies, while interacting with a multi-layered sound landscape and vivid visual imagery.

Michael’s previous solo plays – Soup, about homelessness, and Tomorrow We Do The Sky – won critical acclaim and a Scotsman Fringe First Award.

Following the success of this play at Mattison Road last year, there is a repeat performance at Park View School in West Green.

No need to book, just turn up. Free entrance.