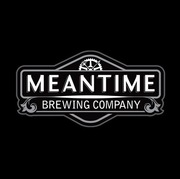 Love beer? Ever wondered how beer is brewed? Well, swing on by to The Step on Thursday 1st August from 7pm!

There are some serious beer experts winging their way from the fantabulous Meantime Brewing Company in Greenwich up north to Bowes Park. They’ll be offering some free tastings and lots of interesting facts about beer… ask them anything and we reckon they’ll have the answer. All you have to do is turn up and enjoy imbibing and quizzing the Meantime team!

Meantime London Lager was our beer of choice when we first opened The Step. It’s been such a hit that we’ve recently added their London Pale Ale on draught too.

The Meantime Brewery was founded in 2000 and has been building a reputation as Britain’s leading and most innovative craft brewer ever since.

They only use the best quality malt and hops and their brewing processes are always entirely faithful to the original beer styles – beers are allowed to fully mature before being released from the brewery and their beer is never pasteurized.