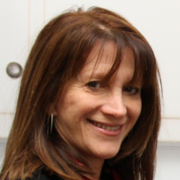 Lynne will be in conversation with journalist Alex Wood, talking about her new book Equal Ever After.

Equal Ever After
In the future, people will find it difficult to believe that until 2014, somewhere between 5 and 10 per cent of Britain's population were excluded from marriage. As Equalities Minister during the coalition government, Lynne Featherstone played a fundamental role in rectifying this.

From setting the wheels in motion within government, to her experiences of the abuse with which the gay community is regularly confronted, through her rebuttals against the noise and fury of her opponents, and finally to the making of history, Lynne details the surprising twists and turns of the fight.

Filled with astonishing revelations about finding allies in unexpected places and encountering resistance from unforeseen foes, Equal Ever After is an honest account of Lynne’s pivotal efforts during the turbulent final mile.