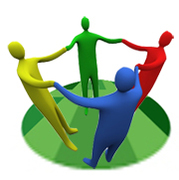 Haringey has been chosen by the government as one of four ‘pilot’ authorities for imposition of the” benefits cap” and welfare changes, starting from April 2013.

These have been deferred for the rest of the country so we are very much the guinea pigs for some significant policies. You’ve probably read about these changes which have been described as the biggest alterations to the social security system since the creation of the Welfare State.

The Area Forum is focusing on some of the detailed implications for local residents and our whole community.  Housing Benefit is being cut. There’s introduction of the so-called “bedroom tax”, Also abolition of Council Tax benefit for thousands of households; and several other changes. So there’s plenty to talk and think about.

To give us hard information we’ve assembled a panel including Markos Chrysostomou the Chief Executive of Haringey Citizen’s Advice Bureau; Councillor Joe Goldberg who is responsible for finance in the Council; and a representative from the Department of Work and Pensions.

The chair looks forward to seeing you next Monday 11 February at South Harringay Junior School, Mattison Road, N4. Doors are open at 6.30pm. The meeting starts at 7pm.

See also this posting in the forum

The venue is South Harringay Junior School, not the Cyprus Kitchen.

I would like to propose a short agenda item, alerting St Anns people to the proposed development at Ermine Way/ Plevna Cres. There are surprisingly few comments on the planning portal, I wonder how many people in the area know about it? Will there be a dvpt management forum?