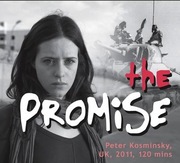 In The Promise, Erin visits present day Israel/Palestine to investigate her soldier grandfather’s part in the post-war phase of the British Mandate of Palestine 1946 – 1948. She learns, through his diary, of the friendship that developed between her grandfather and Mohammed, a Palestinian. In this stand alone episode, Erin refuses to abandon her quest to find Mohammed’s family, even though it takes her on a hazardous journey into Gaza.

Director Peter Kosminsky says that his overriding aim for the drama was to present the experience of the 100,000 British soldiers who served in Palestine in the period, “to remind us all of what happened”. The veterans “returned home to find the nation . . . wanted nothing to do with them”, and were denied even the right to march to the Cenotaph in formation. Most of them found it incredibly hard to talk about their experiences, but when they did overwhelmingly, they told a similar story: they started out “incredibly pro-Jewish,” but shifted their allegiance and by the end of their stay “were feeling a great deal of sympathy for the Arabs”. Kosminsky poses the question: “How did we get from there to here?” In 1945 the Jewish plight had the sympathy of most of the world, but “just 60 years later, Israel is isolated, loathed and feared in equal measure by its neighbours, finding little sympathy outside America for its uncompromising view of how to defend its borders and secure its future. How did Israel squander the compassion of the world within a lifetime?”

Screening as part of the Tottenham Palestine Literature Festival 2011, organised in conjunction with Haringey Justice for Palestinians 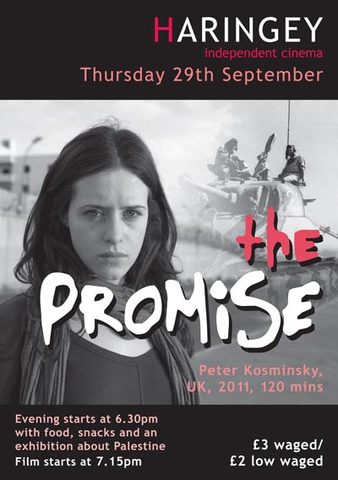