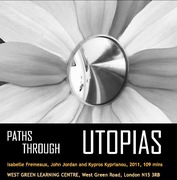 The future is not what it used to be. Our imagination is stifled in the atmosphere of apocalyptic predictions. It is a lot easier to imagine the world ending than changing for the better…As the global financial crisis surfaced in 2007, two activists journeyed for seven months across Europe to investigate and experience examples of post-capitalist living: places where creative resistance and irresistible alternatives are interwoven. From the direct action Climate Camp on the edge of Heathrow airport to a hamlet squatted by French punks, an off grid low impact permaculture community to occupied self-managed Serbian factories, a free love commune in an ex Stasi base to a farm where private property had been abolished… in this parallel universe where money is worthless and private property has been abolished, they experienced different ways of loving and eating, producing and sharing things, deciding together and rebelling.

Paths through Utopias is a thought-provoking and beautiful film shot in road movie style, documenting John Jordan and Isabelle Fremaux’s journey through these pockets of resistance. They did not find escapist Neverlands, blueprints for a perfect future or universal systems, but communities who simply dare to live differently, despite the catastrophe of capitalism. 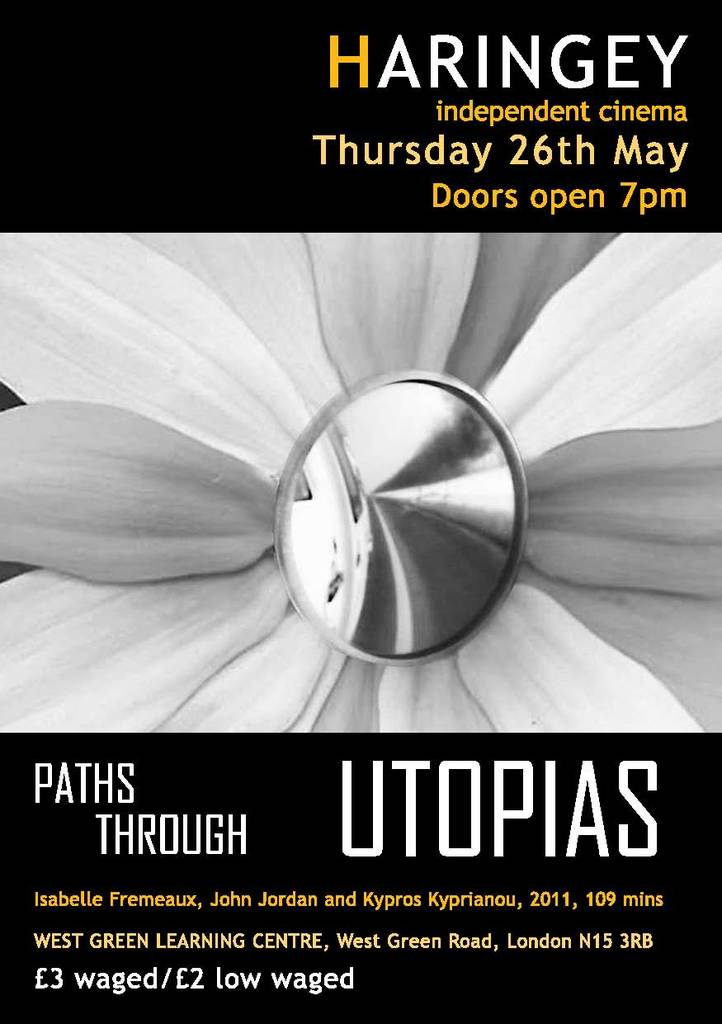