Moving effortlessly between 1950s Cornwall and 1980s London, the play focuses on joys and sorrows within a fishing community on the North Cornwall coast.  Greek mythology and ancient British Legend is woven through the narrative.  Inspired by real life events, the play also features rousing renditions of well-known sea shanties and folk songs, as well as 80s hits.

Performed at the Moravian Church Hall on Priory Road, there will be four performances of the play starting on Wednesday 17th October, with the final show on Saturday 20th October. Tickets are £9 for adults and £6 for children under 12. For Wednesday’s performance only, there will be an exclusive deal with all tickets charged at £6 only.

Ellie Jones, Chair for the Crouch End Players said; “We are delighted to be supporting our very own talent from within The Crouch End Players by putting on this production. We look forward to welcoming the people of Crouch End for a hearty singalong and transporting them to the North Cornish Coast in this dramatic and memorable tale.” 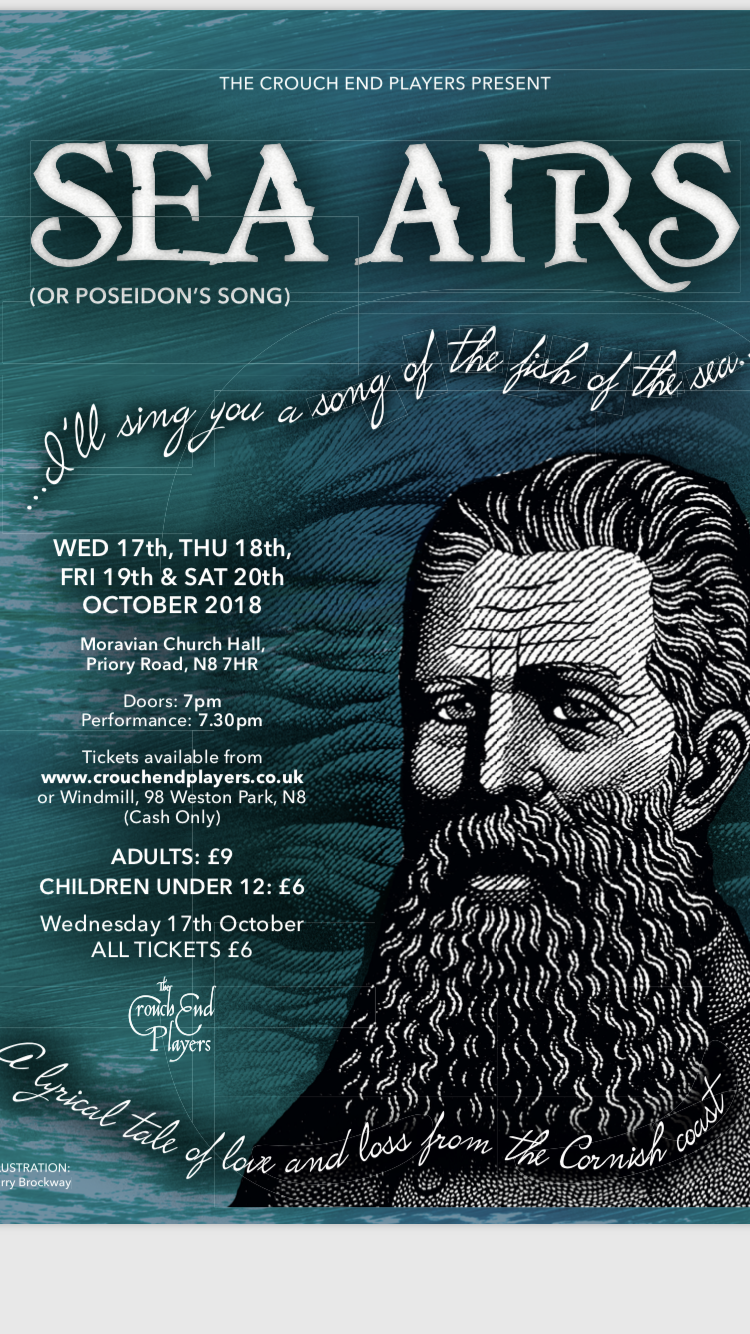