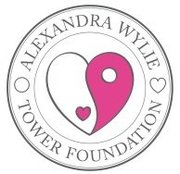 There is a line up of beautiful ice skating numbers from the skaters at Alexandra Palace Ice Rink, to suit anyone's taste. Special guests include Alan Rickman (Professor Snape from Harry Potter), John Hamer (former British Champion), and Kyran Bracken (Dancing on Ice).

The event will also include food, drink and entertainment. Contact allies.gala@gmail.com for any enquiries.

The gala has been organised to raise money for the Alexandra Wylie Tower Foundation which aims to help underprivileged children become involved in those things which Alexandra was passionate about, such as ice skating, drama, and environmental projects.